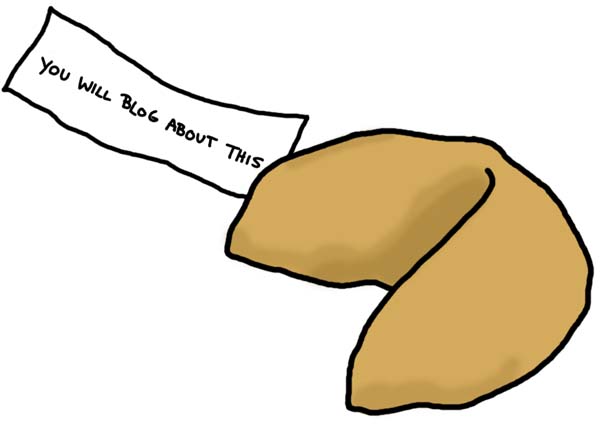 China is probably the most known-unknown country you know of. Yes, we all know how amazing China is, but in reality, we don’t because we’ve never been there, and the country does a good job at keeping it a private, no trespassing you arrogant American crybabies whose minimum wage is a day’s wage for them. After all, they do have the Great FireWall. My sister moved to China and so I bought her a iPod so we could FaceTime, because she said they read your emails and screen your phone, especially if they know you’re from America. Lol. Sounds like some James Bond movie. Anyway, whether that’s true or not, the level of mystery that surrounds China makes it an exhilarating place to invest. I mean, when we buy into China, there’s huge risk because they don’t follow GAAP according to our standards, or the media can be bias, and the Government, boy do they sure have a grip on the major companies.  So whenever I hear something business related about China, I’m always thinking, “I wonder what really happened,” then I proceed to buy up stocks. This kind of goes against my philosophy to investing (that is, buying what you know or what you consume), but for the next few years, China will be a great spot for speculative money. So if you got a few dollars to throw in the wind, here’s 3 Chinese stocks that have great potential to throw more money back at yah. You’ll notice a pattern with these growth stocks… any negative news item will shoot them down, but if you’re patient, the market will forgive them and they will perform. The wise thing to do, is to buy when everyone sells on the bad news, and slowly buy more as the panic subsides.

I’ll start with the highest risk highest reward play.  Dangdang.com (DANG) is the Amazon.com of China. Well, at least that’s what they model themselves out of. This e-commerce giant, like Amazon, started off selling books and music, and like Amazon, they are branching out into offering more products. Go ahead and check out their website at dangdang.com , seriously, that is their website dangit. There are a few other e-commerce websites in China that are coming up, which is a good sign for this special industry. What I like to see is one big leader, and a bunch of smaller companies coming out trying to catch a ride on the leader’s momentum. One of the more significant other online retailer that has just emerged is M.18.com, which is a retail company in Shanghai that has all kinds of accounting problems, which tells you pretty much the whole story behind the stocks huge decline recently. Nevertheless, Mecox Lane operates M18.com, which is a popular online department store in China, that kind of reminds me of the Gap. If you really believe in China catching up to the U.S. in the way we spend money on fashion (and that would be a good belief too btw), then you may want to consider buying up MCOX for the long run, however, I must state here that I’m pretty sure you can get it cheaper than its current price. MCOX trades at around $7, but the volume is flat, so think about making your first buy closer to $6. So for now, I like DangDang better, for two reasons, 1) it’s more popular, and 2) it’s fun to say. I mean, can you imagine telling your grandmother who asked for investing advice, “Just buy DANG, dang it!” The potential for Dang to grow in revenues can be (and my stats professor would slap me for this) correlated to the population of China, so there is much much much room for sales, revs, and high fives. Currently, according to site trail, dangdang.com gets about 3.2 million page views a day. I have a hard time quantifying that into dollars, but for a better perspective Amazon.com get 83 million page views a day. So, if you’re like me, then you see the glass a quarter full for dangdang.com, and the glass one quarter empty for Amazon.com. In other words, Amazon.com is capped, old, done, carded. Dangdang is fresh, energetic, underaged, party animal. So which do you want to be? 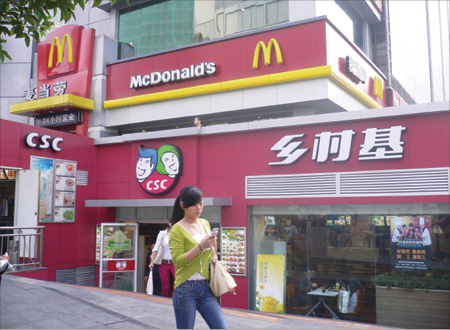 Is Their An American Town In China?

… and do Americans throw hamburgers at weddings? Yeah, we’ve all heard the corny jokes, but it serves as an example of how customs and habits are shared across borders and nationalities. Asia has a lot to offer for other cultures to copy, but what does the U.S. have to offer to Asia? I can answer that… food chains. No one does food chains better than America, which is kind of like one of those things you’re proud of at first but then you’re like, wait a minute that kind of sucks. I mean, yay we’re number 1 in food chains, but that probably explains why we’re overweight and die young. Or kind of like how Oakland telling San Francisco we’re more ghetto than you. Or San Fran telling Paris, no we’re more gay. So anyway, what was I talking about? Oh yeah China and food chains. The “evil west” influence finally found its way over the Great Wall, and sure enough, it came through man’s tummy. Shanghai, has relatively recently cashed in on this concept. And now you’re starting to see a variety of food chains open up in China. There’s one food chain in China I want you to zoom in on, and it’s not KFC (which is doing great there), rather, Country Style Cooking (CCSC). I’m really excited about this one because their growth is outstanding, with revenues in the triple digits (114% yoy). McDonalds and KFC are the biggest chains in China, but Country Style Cooking is the home town underdog, which I’m sure, the Chinese are going to cheer for down the years. You probably won’t get another investing opportunity unique like this, and that’s another reason I’m a big fan. I expect the “CSC” logo to compete quite nicely with the golden arches. Here’s a great article from the Chinese communities perspective on CSC versus the American chains.

The third and final stock that I expect to do great in 2011, and that I’m flat out guessing based on concepts rather than numbers, is a Chinese company that doesn’t trade publicly just yet. It’s TuDou.com (TUDO ?). I just want you to keep them in mind, because when they do go public, you want to get in asap. It’s funny because I’ve been using Tudou.com to stream my pirated movies for over a year now. The site is no YouTube, but still, TuDou.com gets 18 million visits a day. A DAY. So, either this company figures out how to make money directly from its users and its stocks gains value, or you like TuDou.com as a potential as a buy-out candidate. And of course, with China gaining more and more internet users, expect their #1 video site to gain immense popularity. Remember, YouTube is blocked by the Great Firewall, so let’s see if this favoritism gives Tudou a boost. Anyway, keep this on your radars. I’ll be sure to send a tweet or something when things heat up. They filed their F6 (http://secwatch.com/tudou-holdings-ltd/f6/registration-statement-for-ame/2010/11/9/7425034) with the SEC November 9, so I already expect big things in the news soon.

My fortune cookie from Panda Express wants you to diversify your portfolio with a little bit of China.  As always, do your own DD, and keep an eye on community news because these stocks move fast on the news. For example, I can imagine Bird Flu sinking CSCC a few percentage points, or more accounting scandals with MCOX sending it below $5 a share. So you probably would want to, for example, sell on the news and buy on the panic. Anyway, with all this Chinese stuff, I’m suddenly craving a giant American cheeseburger.