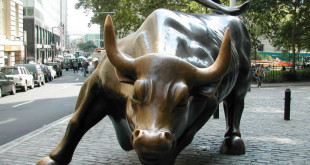 Earlier this week, it was noted that I have an oversold indicator that through time is highly correlated to The Fly’s oversold indicator. My model reaches oversold when below 30 on a daily basis. SPY was at 29.21 when we wrote intraday. QQQ and IWM were in the low 20s. The problem all week long is that the score on SPY could not close below 30. It did last night, see the chart from last night’s close. 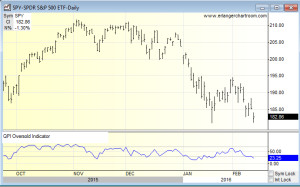 The trick noted earlier this week is you do not start buying until above 30. We are now at 38 intraday.  So now is the time to take those list of names that you would like to buy and begin to nibble or just buy an ETF like SPY if you want to buy the market.

The key point from here is getting the indicator above 50 and staying there. That will indicate a potential move of 100 to 200 points could be in the cards. Enjoy the weekend.

END_OF_DOCUMENT_TOKEN_TO_BE_REPLACED 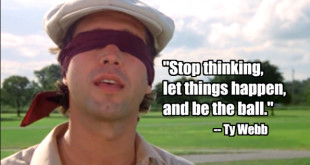 If we can run from here, 184.15 is doable before the close and that would be a moral victory which is what you get in a bear market. Since oil is weak today, the move probably cannot happen before 2:30 p.m., when oil closes. That said, everyone know that trade and it has not been working the past few days which makes me think it could work today. Contrarian.

END_OF_DOCUMENT_TOKEN_TO_BE_REPLACED 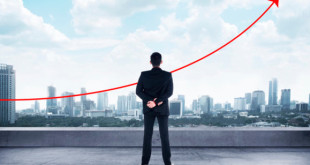 Currently, the only way to try and bottom fish is to buy stock and buy puts for insurance. Last Friday we nibbled on Bank of America $BAC.

Bank of America was at $13.21. So we recommended to buy 100 shares and then buy 2 puts to hedge our position. This is more than the tradition hedge which would be 1 put for each 100 share. I am prepared to be early and 2:1 put protection ensures this fact.

That said we are closing out the puts and selling the stock. We will revisit Bank of America $BAC after the crap settles. Amazing that I bought this stock for under $4 in 2009. Hard to believe we are heading there but anything is possible.

END_OF_DOCUMENT_TOKEN_TO_BE_REPLACED 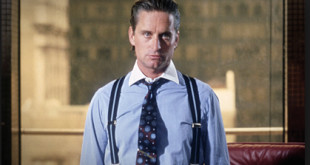 Back on February 1st I noted that Barron’s produced their list of “15 Stocks To Buy Now”. I always like to run my metrics against others ideas. That is how I tend to get some of my best ideas.

The list was divided between tech and financials. It was noted the only names that were of interest to me were tech names, as the financials are screwed until rates start to rise.

Therefore that limited my review to technology names. Most of the names were complete dogs with Yahoo, Micron and Seagate on the list. The only name that interested me was Akamai Technologies $AKAM. Technically the stock has almost retraced 61.80% of its October 2011 low to May of 2015 high. That number was $41.24. That said it was holding $45 and there is decent weekly support there. Since February 1st, it has fallen from $45.50 to $39.57.

Some wise guy may say I suck because I did not scoop up shares in front of earnings but my mantra is never to enter a position ahead of earnings. I will stay with a winning position into earnings. Trends tend to persist. That is my process and process is key to surviving in Janet Yellen’s Neighborhood.

I noted this name went on my shopping list but I was not willing to buy it here. The lesson learned here is it makes sense to build lists and buy where there is real and not perceived value.

More followup tomorrow on how to buy this name using my intraday process based on the Erlanger Value Lines.

END_OF_DOCUMENT_TOKEN_TO_BE_REPLACED

Bank of America Stock Lower Since Our Buy Recomendation But We Are Making $$$! How? 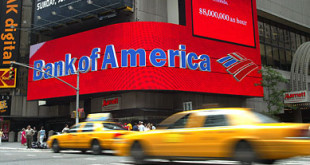 Last Friday I noted the market had reached a point where the financials are “stupid cheap”. Maybe they go lower but I  can play it and not lose money. How? Very simple if you use options.

Our second recommendation since we have returned to this blog was to buy Bank of America $BAC and at the same time buy puts. Puts = insurance.

Bank of America was at $13.21. So we recommended to buy 100 shares and then buy 2 puts to hedge our position. This is more than the tradition hedge which would be 1 put for each 100 share. I am prepared to be early and 2:1 put protection ensures this fact.

END_OF_DOCUMENT_TOKEN_TO_BE_REPLACED 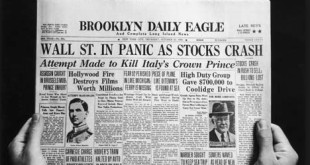 The trick is you do not start buying until above 30.  So key now is to start making your lists of names that you would like to buy or just buy an ETF like SPY if you want to buy the market.

It is possible we stay below 30 for up to 10 days but often the new buy is almost instant.  The reason the oversold can stay oversold is a panic takes hold or we have a crash.

END_OF_DOCUMENT_TOKEN_TO_BE_REPLACED

The Week Ahead Sees Little Economic Data And The Grandmonster Speaks 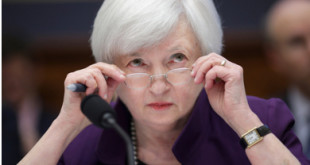 The Dow Jones Industrial Average, the S&P 100, Russell 2000 and the NASDAQ 100 fell for the first time in three weeks with Friday’s action cementing the loss for the week.

Latin American markets are closed as well the first part of the week for Carnival. Countries closed include Argentina, Brazil and Venezuela.

The New Hampshire Primary is held.

Mardi Gras is celebrated in front of Ash Wednesday and clearly we need a little “le bon temps rouler”.

Federal Reserve Chairman Janet Yellen begins two days of her semiannual Humphrey Hawkins testimony before the House and then Senate on Thursday. The games begin at 10:00 a.m. EST.

The latest short interest on the NYSE and NASDAQ is due out after the close and covers the period of January 12th through January 26th and during this period the S&P 500 fell -1.81%.

Markets are closed in Japan.

The World Gold Council publishes its report on bullion demand for 2016.

END_OF_DOCUMENT_TOKEN_TO_BE_REPLACED

Mail Call For The Week Ended 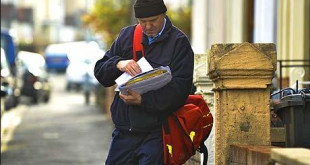 Each weekend going forward, I will weigh in on emails that have been sent to me with comments from articles written in the past week.  Instead of answers to you individually, I would rather reply to all readers and shares my comments with the readership.

Keep the comments coming because the questions help me convey to you ideas that may need further clarification.

I got a couple comments on my Bank of America $BAC where I bought the stock and puts to protect on the downside. When I make a recommendation, it is all or none. If you decide to put the trade on a ¼  or ½  position, then that is your decision. I am a big time stamp guy and like to show results.

On this trade, I was also asked if buying the put was worth the cost of admission, effectively 9%. My answer is absolutely and I probably will lift the position at some point well before expiration in March. So far this trade has lost $1 as it fell from $13.21 to $12.95. The hedge is doing its job nicely.

Next I was asked on Friday if we are going to get more selling on Monday. Flip a coin right now on that. So far in February we have had three down days, two of which lost more than -1%, and two up days. I do not try to predict day to day moves rather I follow the bouncing ball and look for trend changes. The trend changed on Friday back to negative. Just when you think you should press the shorts they will rip your face off and when you want to go balls to the wall long then sell them down a couple hundred points and send you back to the ark.

The reader thought we could drop another 10 S&P points. I am not in that camp right now. Rather I think we trade around 1875 and chew people up on either side of that number until the Grandmonster speaks on Wednesday and Thursday.

I got some grief about closing out my gains in $ABX. We locked in a gain of $9.87 against a cost of $8.74 for a profit of $1.13 or 12.92%. In this market, that is the type of gain I am looking for until we can establish a bigger trend.  Gold is currently as a point where in the last year it fails, call it fool’s gold. I would like to reenter $ABX or other $GDX or $GDXJ trades after such a drop.

The event’s commentary did not have any analysis to it and a reader pointed that out. This is correct. It simply is attempting to alert you the reader to specific times where there is a risk of a sudden and sharp move.  Flying blind is no fun and that is my only intent when I offer up a look at the week ahead.

I am not much on economic data because quite honestly when the data sucks then you want to be a buyer of stocks and when it is peaking you want to sell. That is it for now.

Time to head out to a dinner with friends and drink a few bottles of some Italians reds,  Barbera or a Super Tuscan preferable.

END_OF_DOCUMENT_TOKEN_TO_BE_REPLACED

Why Intraday Action Is Important & Machines In Charge

I do not care if you are Warren Buffet or a value guy, not understanding the intraday action GUARANTEES crappy executions that may last a day, a week or month. Today is a great example.

Looking ahead, next week sees China closed for Chinese New Year. Economic data is light with only Retail Sales on Friday, February 11th. Federal Reserve Chairman Janet “The Grandmonster” Yellen will testify before the House and Senate on Wednesday and Thursday. There are a smattering other Federal Reserve speakers as well.

Key for me will be the next short interest data due out on Wednesday after the close as the data runs from 1/12-1/26.  When shorts get too piggy and they will, then we can rally like we did in March of 2009.

END_OF_DOCUMENT_TOKEN_TO_BE_REPLACED

In my opinion, we have reached a point where the financials are “stupid cheap”. Maybe they go lower but I  can play it and not lose money. How? Very simple if you use options.

Our second recommendation since we have returned to this blog is to buy Bank of America $BAC and at the same time buy puts. Puts = insurance. I am not sure we are at the absolute low but we are at a low.

Bank of America is at $13.21. So we will recommend to buy 100 shares and then buy 2 puts to hedge our position. This is more than the tradition hedge which would be 1 put for each 100 share. I am prepared to be early and 2:1 put protection ensures this fact.