Updates From the City of Wuhan — MARTIAL LAW EDITION

Beijing has ordered the city of Wuhan to be quarantined due to the Coronavirus concerns sweeping the city. Mathematical models suggest over 4,000 have been infected. Social media has been able to share some details that would otherwise be kept from the unwashed public.

This is from a journalist in China, discussing events in Wuhan.

Just talked to a friend who lives in #Wuhan and learned about some rather shocking insights regarding #WuhanPneumonia – 1. Almost all masks and other healthcare supplies are all sold out, and local government is reportedly calling for supplies from other cities.

2. The local market where the #WuhanCoronavirus originates remained open for another week after initial reports about the virus surfaced in local media. However, people were originally advised not to worry about it because they were told the virus is not “transmittable.”

3. While information on social media is more accurate and reliable, most business owners and buyers who usually visit the market are people who don’t receive information through social media, according to the friend. This left them unaware of the latest updates about the virus.

4. Local government in Wuhan only started alerting local residents about the full picture of the #WuhanCoronavirus until three days ago, the friend said. A team of experts were reportedly sent to Wuhan to inspect before experts reveal more information on CCTV.

5. Since detailed information about the virus became available to local residents, my friend said 95% of the people in Wuhan now are wearing masks and topics related to #WuhanCoronavirus also became the most trending topic.

“First time in my lifetime to see the fear that is so bloody obvious, filling up the city,” the friend told me.

And some headlines from the CNN #CORONAVIRUS news wire

As for my embattled biotech positions, I culled three and double down in the other three — placing me in the Uncut Gems like gamblers chair which is sure to work out in my favour.

If you enjoy the content at iBankCoin, please follow us on Twitter
2020-01-22
Dr. Fly
Share
Previous FLY REKT: CORONA VIRUS FEARS DISSIPATE — WHISKING AWAY ALL PROFITS AND MORE!
Next Spiraling into a Wanton World of Swashbuckling 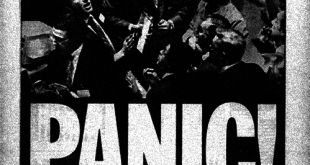 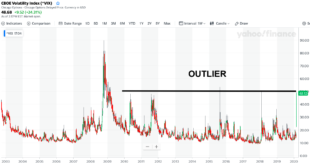