Here’s a Stock You Never Want to Sell

Never say never — but if everything remains on the current trajectory, China is going to be the largest consumer of coffee in a decade. The country, thanks to their millennials, are tossing away their tea kettles in favor of French Presses — in droves.

In the early 2000’s, Starbucks sought to infect China with their brand of coffee addiction and it worked. The ancillary effects were a crop of domestic brands popping up to compete with Starbucks — similar to what we have here now with the artisan coffee shops. Back in the 90s, there were practically zero artisan coffee shops in America. If you wanted some fucking coffee — you either went to SBUX, Dunkin Donuts, or some local store — like a bagel shop.

Coffee is on track to overtake tea as China’s drink of choice. According to Coffee Business Intelligence, China’s coffee consumption growth rate is about 20 percent—2 percent higher than the global growth rate. Of those coffee consumers, millennials in China’s growing middle class demographic comprise an overwhelming 75 percent. Considering that China’s middle class is set to double to 600 million people by 2022, there is huge potential for China’s coffee market to grow even further.

“It’s so amazing how the coffee culture in China changed in the past 10 years,” marvels Charlie Gu, self-described coffee enthusiast and CEO of marketing agency Kollective Influence. “Back then, people didn’t even know how to make coffee—Chinese people were only exposed to instant coffee from Nestle.”

Ever since Starbucks opened its first storefront in Beijing in 1999, the number of coffee shops in China has ballooned. Starbucks alone currently has 3,400 outlets in China (the country is Starbucks’ second-largest market, after the United States) and plans to have 6,000 stores by 2022. Luckin Coffee, a Chinese company that launched operations only in January 2018 but already is Starbucks’ main competitor in China, has seen explosive growth, thanks to its strategy of cheap and fast coffee delivery: Luckin currently operates in 21 Chinese cities and 1,400 outlets, with plans to grow to 6,000 stores by 2020. China’s coffee industry offers plenty of opportunities for growth, and it doesn’t seem to be slowing down anytime soon.

Here’s a freebie: buy China’s Starfucks, ticker LK, and never sell it. As the demographics improve, so will the profits for China’s largest independent coffee merchant. 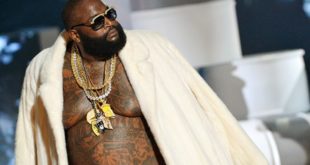 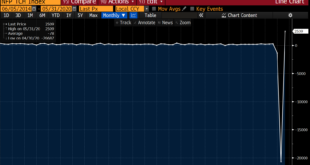