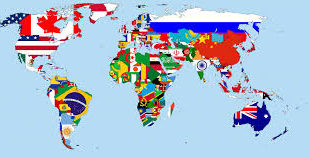 Dr. Mobius was born August 17, 1936 (six years younger than Warren Buffett, born August 30, 1930). Nobody can rock a baby blue two piece suit and white shoes better than Mobius. Style and substance are rarely brought together in such a seamless fashion. At 80 year young, he is beyond sharper than a tack and offered a great deal of insight to a crowd, on average 45 year his junior.

What keeps Mark up at night, other than travails of being 80, can best be summarized as the three i’s;

1.) Interest rates – Global Central Banks are the classic non profit maximizing counterparty and Mobius thinks they are destined to “make a mess” of it. Negative interest rates are far from a rational state. In terms of rational equity valuation, almost any p/e multiple can be justified in an environment of negative rates, 100 OK, 200 sure. Mark questions the mentality of said central bankers, overly influenced by academia,  economist and other charlatans (my term). Specifically called out was Ken Rogoff’s “Curse of Cash” as poppycock.

2.) Isolationism – Both with respect to trade and investments. A damaging trend. Little comment required on this point. Mobius grew up in Boston, Mass. but long ago relinquished his US passport and holds a German passport (his father was German and his mother was Puerto Rican) and a Singapore tax domicile.

The people you are dealing with is the most important factor in investing, over the long haul. Having  a legal agreement is of course required, and governing law important, but typically if it gets to the stage of lawyers and the courts, the result is a big zero for all involved. Word to the wise, word to the wise indeed.