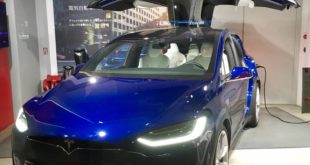 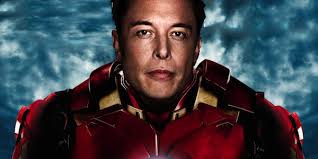 Sustainable mobility: $7tn transport market facing disruption With over 1.2bn cars on the roads today, transport is a behemoth sector generating c.US$7tn in vehicle sales, supplies, and services. We believe that the sector is highly inefficient with 95% of cars parked at any one point, cars costing up to US$8.5k/year to own and operate, vehicles accounting for 1.2mn deaths p.a. and generating 23% of C02 emissions. Demographics (population to reach 9.7bn by 2050E) and urbanisation (70% living in cities by 2050E) will further strain existing infrastructure. The rising financial, social and environmental costs of transportation are unsustainable and demand a fundamental rethink of mobility. We see change catalysed by disruptive technologies and business models, rapidly evolving consumer preferences, and regulatory pressures. 4 game-changers: electric, autonomous, connected, and shared. In a world of exponential change as per Moore’s law, transport is a problem being solved at a tech pace. We believe that the convergent and mutually reinforcing trends of electrification, autonomous driving, the Internet of Cars (IoC) and the sharing economy will drive a fundamental shift from today’s car-centric travel to a platform-centric model whereby transport becomes a utility. Future Mobility – including an integrated, on demand electric fleet of autonomous taxis – can generate US$3.8tn of total positive impact in the next 10Y and lead to a “world of zeros”, including a 59% decline in vehicle demand, 87% fewer accidents, 54% fewer parking spots, and 85% lower emissions.]

Tesla Motors: One would think that Tesla could crack $300 a share on such ebullient projections (Tesla/Uber M&A perhaps). A lot of market cap has been added in a very short period of time, that is for certain. The last $100 move has been a blur with the stock up a full 24% year-to-date in 2017.  To grow in to the resultant current market cap Tesla has to be selling 1.7mm vehicles, at a profit, within 5 years (versus the 2.2mm currently produced and sold by mainline competitors such as BMW and Mercedes Benz).

As with all things “on the come”, much depends on the trajectory of China where 350,000 NEV’s (New Energy Vehicles) were delivered in 2016, 1.45% of the 24.3mm total vehicles delivered (up 15% yoy and accounting for 1 in 4 cars sold globally). EV’s account for 0.9% of sales in the USA and 1.3% in Europe in comparison. Chinese car producers accounted for 43% of global EV production (dominated by leading models from BAIC, Geely and BYD) and 46% of all plug-in sales globally. Tesla’s market share is 2% of NEVs in China (Japan is lower at est. 1.5%).  source: EV Volumes

Taking 59% of passenger vehicle demand out (ML 10yr #) should reduce emissions by at least that amount as some of the remaining internal combustion engine powered passenger vehicles are replaced with electric ones, but 85% seems like a high estimate to me. In China 31% of air pollution is attributed to vehicles, but heavy trucks as a sub category account for a full 90% of current total vehicle emissions. Despite Elon’s claims, electric transport trucks are not ready for prime time yet on the scale required to markedly change the emission numbers, the batteries required would be just too heavy (even before factoring the weight of the cargo) to stay within max payload limits (80,000 lbs.).

The fact that any credence is given to announcements like “opening” the Tesla market in India is laughable. Tata sells complete cars for less than the 55kWh battery cost projection on the new Model 3 Tesla. Ditto for Dubai on a relevance metric, Dubai will likely never hit 1mm in total car sales and 70% of current car sales are Japanese models.

I have previously written on the fact that EV subsidies are being curtailed in key global markets. The story does not end with EV subsidies either as Tesla has provided very generous residual buyback programs in key global markets like Hong Kong, which has very generous government incentives at the front end (fully detailed in the  legacy post below) putting a Tesla Model S pricing nearly on top of a gas powered Honda Civic and well below a Mercedes entry model. The 75% of purchase price buyback program after 24 months (low km) has been curtailed, but I fully expect lucky HK Tesla owners that have the “golden ticket” to exercise their put to Elon Musk. Factoring buybacks there is the potential to post net negative sales into China for Tesla in late 2017 to early 2018. Losing money on both the way out and on the way back into inventory as an exhibition (aka used) model will test the resolve of the hardiest Tesla bulls.

In the case of China, Federal NEV subsidies are expected to roll off by 20% in 2017 and regional subsidies by a more substantial 50-60%.

There has been a great deal of speculation about Elon Musk’s relationship with President Trump. Most recently, it seems like Elon is being relegated to dealing with VP Pense. Trump is very concerned with his image, it appears from afar, and it likely makes him uncomfortable that Tesla stock trajectory has left Elon with a paper fortune approaching treble his. Despite the fact that both Trump and Ryan have expressed a dislike for the current EV credit, Tesla stock has autonomously avoided the potholes and turned skyward like a SpaceEx rocket, seemingly never to re-enter Earth’s atmosphere. The EV credit may not be fully extinguished in the next budget, but it will likely be reduced from $7,500 which along with cheap $3/gallon gas might dissuade some of those Model 3 deposits from actually closing.

Tesla Energy: Even though the battery storage system revenue thus far in 2017 is estimated at a trickle like $15mm, Gigafactory 1 in California has launched and Musk is already projecting heady battery cost reduction of as much as 35% to under $125/kWh. With material costs estimated at $80/kWh this cost reduction is impressive. This result could allow the promised $35,000 Model 3 to be closer to a break even proposition for Tesla Inc. As for the sale of batteries to residential, business and utilities, all indications are that the business case is plausible, if not sound, and it is not unfathomable that revenues for 2018 approach $1bln, with the heavy lifting to come from the commercial and utility customers. Tesla’s PowerPack is scaleable to 1GW and will be an economically viable means to store relatively cheap mid-day produced power to be used when peak pricing is in effect later in the day (typically 5-9pm).

SolarCity clouds the analyst’s lens as to magnitude of the negative cash flow generation, but clearly not the sign (unprofitable; check, negative cash flow; check). The now combined Tesla entity carries a substantial $6bln in debt. Tesla has a market cap of $43.9bln, now greater than Nissan and honing in on fellow American Ford. Tesla has issued secondary equity on several occasions, the last being for $1.7bln in proceeds ($1.4bln + Greenshoe exercise) at $215 in May 2016. The stock rallied over 6.5% the week following the announcement, with the proceeds earmarked for Model 3 production with deliveries by the end of 2017 and bringing forward Tesla’s 500,000 vehicle unit build plan 2 years from 2020 to 2018 (as in next year, 2018). Patient investors should ready themselves for another secondary in 2017 (more debt on the heels of the SolarCity combination is not likely in my view), as fundraising has been an annual affair since 2012 and profitability can still not be seen with a Hubble telescope. Tesla’s market cap is so enormous at this juncture $3bln + might be in order to keep the transaction costs down. Tesla has 161mm shares outstanding and a float of 129mm shares. 26.6% of the float is held short, part of the reason for the recent pin action. Elon Musk owns over 20% of Tesla stock personally (all other insiders own 1.3% in aggregate, this is the Elon Musk show, have no doubt). The largest institutional investor is FMR LLC, better known as Fidelity Investments who own 13% of Tesla’s equity.

The Gini Coefficient at Tesla is off the charts, making it ripe for the UAW to eventually turn California plants. What potential gains Tesla might realize on battery cost via a well executed Tesla Energy launch can more than be given back through higher labor cost. Starting wages are $17/hr. in the Tesla plants (Toyota Motors Manufacturing average is US$39.50) on 12 hour shifts. Elon has been quoted as saying “changing the world is not a 9-5 job”. There is a reason that North American auto jobs have migrated from Canada to non-union southern USA and on to Mexico. If Tesla wants to retain its silicon valley nucleus it will have to eventually pay left coast wages, unionized or not.

Tesla’s book value per share is $17.03, hence it is trading nearly 16X book and 5x sales. Tesla does not own much in the way of proprietary technology. The Gigafactory is plug and play Panasonic technology. Elon once characterized patents as “a lottery ticket to a lawsuit”. The Japanese, by way of contrast, own 1/3 of the world’s o/s patents and it is the Japanese firms that dominate is areas such as ADAS (Advanced Driver Assistance Programs), electrification and emission control systems. Musk arguably has a narrow moat, with venerable global competitors breathing down Tesla’s neck across the broadening business lines of Tesla Inc. Rather than focussing on the pedestrian, largely outsourced means of propulsion (i.e. the battery) shareholders may have been better served in the long run (in the short run they have done just fine!) by focussing on the semiconductors and other high end technology components that are crammed into high-end, modern, connected EV’s (5x the amount of a “low end” vehicle, contributing over a 1/3 of the vehicles all-in cost).

Tesla Inc. has proven to be a difficult short, even for tenacious hedge funds, let alone lowly individual investors like moi. My TSLA T-acccount is close to flat on my 3rd short attempt (short @ $260 into “revenues”) with the 1st try profitable, 2nd a loser (1/3 of 1st trade profit) and the 3rd, so far, offside. Q4 2016 numbers are out after the close this Wednesday the 22nd with analysts expecting and adjusted loss of $0.51/share which would be a marked improvement on the loss of $0.87/share booked in Q3 2016. SolarCity is enough of a wild card to lead one to suspend opinion, but it is certainly not outside of the realm of possibility that the Q3 loss is further eclipsed.

Hopefully 3rd times a charm, but I have no plans to overstay with my short position and a stop loss at $300 is in place. JCG

Tesla short is the fellow on the right, to be clear.