This week brought the highly anticipated Union Cabinet budget 2016 in India. Most were pleased, as India’s Finance Minister, Arun Jaitley largely kept to the fiscal deficit reduction roadmap previously outlined to the market. 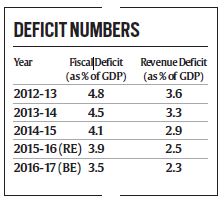 Note: Trending in the right direction

In India, the government financial year runs from 1 April to 31 March (like Japan). Increased spending plans include agriculture reforms, infrastructure spending, healthcare reform and rural development. Government workers got some love with a much overdue pay raise slated in the most recent budget, after a decade of flat pay. Corporate taxes were cut by 5% to 25% in the latest budget. Little coverage has been dedicated on this point, but defence spending was up 13% in the budget, with India already the 5th largest defence budget globally. India was the largest importer of arms over the 2011-15 period as outlined graphically below. 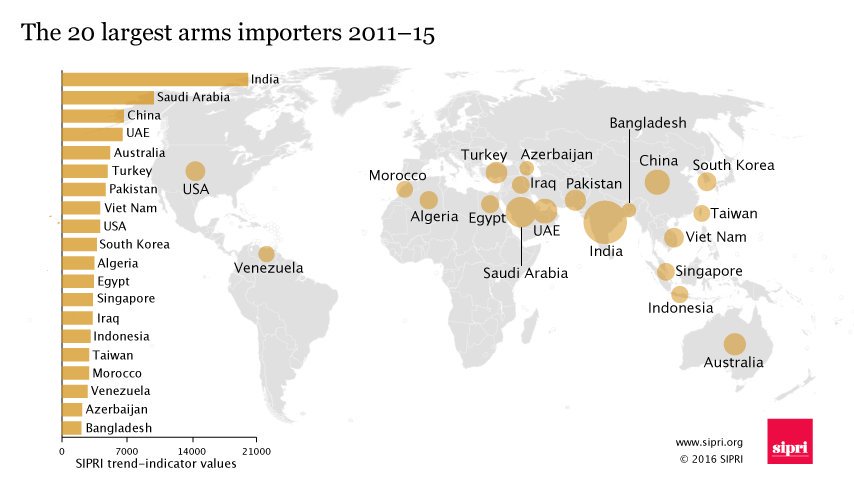 USD/INR (US Dollar to India Rupee) stands at 67.69 at present. The SENSEX is up nearly 2% today, but remains down almost 12% year to date in 2016. 10 year bond yield have rallied smartly this week on the fiscally restrained budget. 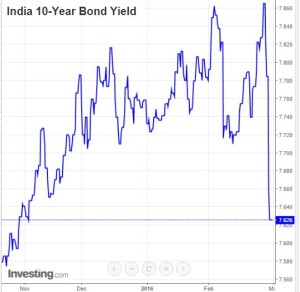 India’s primary imports are crude oil, cooking oil and gold. The drop in oil prices provides a sizeable lift to India which already is growing at a near world leading 7.6% (2015/16). Gold imports have proven to be a tough one to manage for India. The populace has a near unsatiable demand for gold (42% jewelry demand, 50% investment driven and 8% industrial), consistently importing 1/4 of global production (>$50bln per annum). China and India have similar demand profiles, but China is also a major gold producer, hence the effect on their current account is less troublesome (along with the 5X+ bigger GDP thing). India would not be as concerned with running a current account deficit if it were from foreign direct investment, but gold (a non-essential) importation is something they have limited patience for and have shown little success in curtailing.

Duties and taxes have been the abatement weapons of choice. The import duty on refined product with purity > 0.995 is 10% and 8% for dore (unrefined) bars. Some expected India to cut import taxes on gold in this year’s budget, but they did the opposite, much to the chagrin of the many Indians. The tax on dore bars goes to 8.75%, lessening the tax arb with refined at 10% and a 1% tax on all gold sold in India was instituted (last removed 4 years back).

A lot of work goes into avoiding these taxes, as one might imagine. One alleged means is to import lower purity gold (i.e. 0.994) free of duty and refine it onshore back to 0.995 (good delivery standard). The India government has a Gold Monetization Scheme (GMS) and a Sovereign Gold Bond program where they are attempting to have greater numbers of retail holders and rich temples surrender their physical gold in exchange for gold-backed interest bearing investments. What one pledges get melted, hence not ideal for treasured heirlooms. As noted, a big segment of the gold market is held in jewelry form. 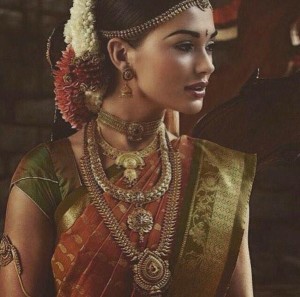 Prime Minister Modi also announced in November 2015 the intention of launching an Indian Gold Coin (and Indian bullion). The 24 karat purity (0.999 fineness) coin has the national symbol Ashok Chakra on one side and Mahatma Gandhi on the reverse. 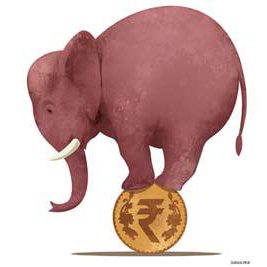 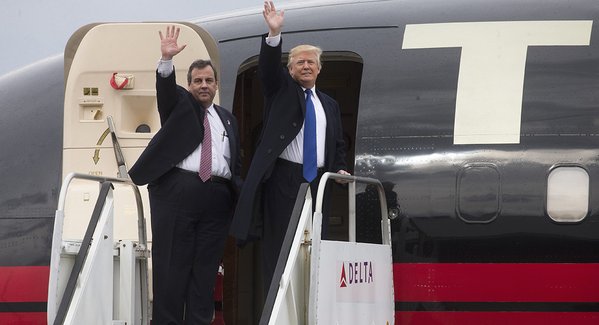 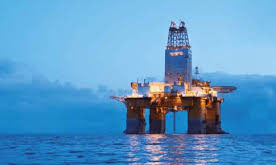 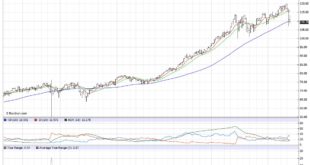