I am very bullish of the Japanese equity market, largely on a currency hedged basis. DXJ is my preferred means of garnering exposure. On a valuation metric, Japanese equities are cheap. In terms of weighting, a market capitalization weighting for Japan would be 8.02%, “Japan Lite” would be 6.02% (75% mkt cap weighting) and GDP weighted would be 5.33%. As I am underweight EM until further notice (est. 2020), I have also put this weighting in my Japan bucket for a round 10% (fully hedged as to currency). Exposure to Japan gives you a lot of EM exposure by default and increasingly Japanese firms are outsourcing the intermediate stages of production in favor of final stage and highest value add onshore. At USD/JPY 135.00 (est. Q1 2017), I’d be inclined to pare the currency hedge back to 50%, the “no remorse” hedge ratio.

The Japanese equity market peaked at 38,000 in 1989. The low was 7,400 in 2009 (17,191 currently). The Nikkei’s absolute level is often dictated more by foreign investor flows than onshore with a low 6% retail participation rate in the stocked market. The comparable participation level for the USA is 33%. Many foreign asset managers have at least moved from underweight to equal weight on Japan in the last 2 years. Beyond nitrous stock boosting QE, another sizeable catalyst is the monumental asset re-allocation of GPIF (Government Pension Investment Fund), the $1.25 trillion behemoth pension fund for Japanese Public Sector Employees (3X CalPERS size and $200bln bigger than NBIM, Norway’s colossal oil funded sovereign wealth fund). The big shift is largely from bonds to stocks (both domestic and international) and while “taper” in not yet in the Japanese jisho (dictionary), GPIF and the BoJ are likely sharing the play book, if you know what I mean.

Bank of Japan (BoJ) Governor, Kuroda-san continues to deliver the QE goods and in addition to the spectre on negative rates, introduced for the first time on Bank reserves (-0.10% from 0.10% ) last week on potentially 250 trillion JPY of Bank reserves, new tools are being developed to achieve the BoJ’s price objectives (2.0% inflation or bust). 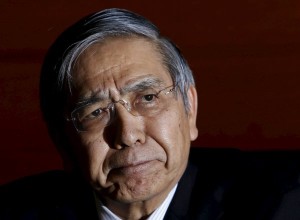 Having lived in Japan for 3 1/2 years (and visited on 25+ occasions since), I know what a perplexing market it can be. After 3 weeks of the ground one thinks they know, i) What is wrong with Japan and, ii) How to fix it. After 3 1/2  years all you can say is, I lived on Japan for 3 1/2 years. There is even a phrase for the folly of shorting JGB’s (Japanese Govt Bonds), the “widowmaker” for the number of traders that have been carried out employing the strategy over the years (definition of a Rates trader is someone who finds a trend and fights it). Even the doctrine of the time value of money has been exorcized by unconventional monetary policy (the Japanese curve is now negative to 8 years and 10’s have been in a 4-6 bp range this week, an all-time low yield for the 10 year maturity).

Years ago, one would have thought the downside on a short position in bonds would be bound at zero, yet we now stand with trillions of government debt (>22% of global GDP equiv.) trading at negative yields. Japan’s QE has been unique not just in terms of its scale (a full 75% of GDP) but in terms of the asset classes they purchase under their broad mandate. The bulk of the G10 have their balance sheets bloated with bonds exclusively. Japan gorges on bonds as well of course, owning approx. >70% of the market, but they also but corporate bonds, REIT’s and equity ETF’s (estimated to now own 50% of the o/s ETF market).

Fuji-san: A worthy “bucket list” climb. An active volcano, hence note the Japanese expression, “Only a fool climbs it more than once.”

Global sovereign debt now stands at $59.7 tln. The US is the obligor on 29%, Europe 26%, Japan 20%, China 6% and Rest of World 19%. Metrics like debt to GDP are important, but who owns the debt is just as important. Before the Global Financial Crisis foreign ownership of JGB’s was a paltry 7%. The number for UST was 56% held by foreigners, but with a Fed balance sheet exceeding $4.5 trillion the percentage is comfortably below 50%. If the Fed’s balance sheet were the same relative size at the BoJ’s it would be in excess of $14 tln.

Japanese corporations are very selective about how they deploy their liquidity. Cash & equivalents held by Japanese listed corporations total $1.4tln versus $1.8tln for US Corporations (the Japanese economy is approx. 1/3 the size of the US). Japan is a highly innovative country, holding a full 1/3 of all global patents. Japan is highly homogeneous with 99.38% of the populace Japanese (less than a million foreigners out of a 127mm population).

There is always a great deal of discussion on the poor demographics of Japan. In 1910 Japan has 50mm people versus the current 127mm and with the current birth rate (1mm per annum) and immigration policies they will round trip to 50mm by 2110. Underlying trends are changing though. People are getting married later. There are more women entering the work force and entering the real estate market on their own instead of waiting it out for Mr. Right at their parent place in the burbs. Japan real estate has been hot, up > 20% over the last 2 years. Rentals yields have come off the highs (8-9%) but are still very attractive for a developed market. Foreigners are competing as the bid increasingly (often Chinese but the palette is broadening) against the local Japanese, and with 35 year mortgage rates at 1.35% this week, their is a clear domestic advantage. Tokyo is a sprawling metropolis, with Tokyo-Yokohama holding the record as the world’s most populated urban area. 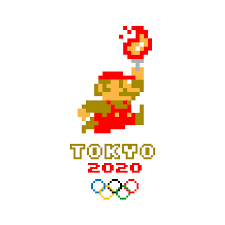 The 2020 Summer Olympics are yet another catalyst for a more inviting and worldly Japan. Versus their “stretch” plan for 20mm @ tourists by 2020, Japan had 19.73mm in 2015, up 47.3% in number and 71.5% in spend (3.48 tln JPY) over 2014. Again, the Chinese dominate the flow at 40%. Japan is making great effort to further press the momentum coming into the olympics with 10,000 English signs being installed and more subtle tweaks like allowing tattoo sporting guests to enjoy the sprawling network of natural hot springs peppered throughout the land. Most establishment have a long standing ban on ink as “unclean” but it has more to do with the fact that in the old days only the Yakusa (organized crime) had tattoos.

Japan has < 2% of the world’s population and yet has 15-20% of world wealth (even after a 26 year bear market). As noted, traditional analysis can be daunting. I like to look at Japan as a big insurance company that uses its own currency. The drive is there, the work ethic is there, but if they were forced to annuitize, they would still be much better off than most of planet Earth.

These are the key reasons I’m bullish on the Japanese equity market, but the currency hedging decision is a critical component. JCG