Bitcoin Cash is headed towards a critical moment. Summarizing from the highest levels there is a disagreement about future features to be implemented in November.

On one side you have nChain, gaming billionaire Calvin Ayre and Dr Craig Wright. The BCH argument is Bitcoin Cash is money. Don’t mess with the base protocol, which is cash, to add developer desired tweaks. One reason: any changes in that protocol must be supported forever. BCH is not designed to be a dev playground and there is one cardinal rule in the universe: you don’t fuck with another man’s money (OK, I added that last part, but it applies). BCH’s role is as cash for 5 billion + people and you don’t tweak a system like that to satisfy a dev team.

On the other side we have an odd group of bedfellows. We have Amaury Sechet, a French developer who leads a dev team called Bitcoin ABC (Another Bitcoin Client) and a few Chinese miners which looks like it includes industry heavyweight Jihan Wu. Their argument is now is the time to add a few features that will enable capabilities / scaling.

There was a meeting two days in Bangkok to hammer out differences prior to November. Craig Wright allegedly left the meeting after 10 minutes. Diplomacy has failed. Jihan Wu is the founder of Bitmain, the world’s largest distributor of the special ASICs used to mine BTC and BCH. Bitmain holds over 1 million BCH and is now forced with a Sophie’s Choice. Do they push for their desired protocol changes and risk a war with nChain or do they put aside their agenda and go with nChain’s vision? One thing is certain, Bitmain has a huge bag of BCH to deal with.

Still with me? Wow, you are a masochist.

Now we have this:

Then…we allegedly have Craig himself saying Satoshi Nakamoto was him, the deceased Dave Kleiman and the also deceased David Rees. That’s right. 2 of the 3 folks who were part of the start of Bitcoin have passed away. This is some Tom Clancy level shit.

If you don’t know, Satoshi Nakamoto is the pseudonym for the creator(s) of Bitcoin.

While announcing Craig is Satoshi isn’t shocking news what makes this unique is it’s a statement that comes at a time when people are choosing whether to follow Satoshi Nakamoto’s original design or not on a new level. This is an existential moment. Someone is going to lose, big time. Will it be Jihan Wu and Bitmain or will Craig Wright and Calvin Ayre get wiped out?

On a related note, on September 1, 2018 there will be a stress test on Bitcoin Cash. https://stresstestbitcoin.cash/

Some people have begun testing early.

BCH stress test is tomorrow but we have some people starting early!

All on chain as designed.

This test could be great for BCH. It will show true capacity, expose any miners who need to upgrade prior to November and display BCH’s capabilities vs BTC. Of course, there is a chance for major problems but you know, YOLO.

So leading in to November what do I think? I’m still oddly bullish on BCH. There is some drama in BCH’s future for sure but finally a Cryptocurrency is going to test Nakamoto consensus. This split won’t be decided on Reddit or Twitter or via hats and hashtags. This is real world. The first hash war is set to happen and someone will LOSE.

Craig Wright has stated his side has enough hash and resources to bankrupt anyone who challenges them. It remains to be seen what happens.

I am still irresponsibly allocated in BCH. You have front row seats to my complete demise or my ascension to the 1% of the 1%. 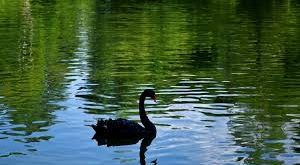