Full-time stock trader. Follow me here and on 12631
@chessnwine

The World is Ending

Just over twenty years ago, the United States of America was in the midst of enjoying the prosperity of an epic secular bull market, defeating tyrannical governments around the world, and celebrating young Mike Tyson’s rapid ascent as one of the most dominating heavyweight boxers that the world had ever seen.

Fast forward to 2010 and, well, have a look for yourself at what kind of pussified country we really have become….(“Earl Grey sucks”…Good Lord)

Making the Case for Cash 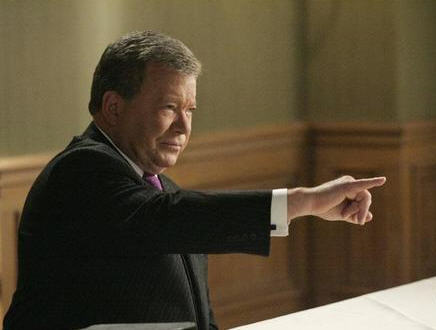 Heading into the final hour of trading before a long holiday weekend, the market is behaving in a decidedly non festive manner.  Concerns about Fitch’s downgrade on the creditworthiness of Spain, among other factors, have been pushing stocks lower all day. Trying to ascertain whether longs or shorts will be more apt to force the action before the three day weekend is a pure coin flip at this point. Beyond that, the rally we saw yesterday quickly worked off our oversold condition, and even put some indicators, such as The PPT broad market hybrid, into overbought territory.

Needless to say, we continue to be in a very tricky, news driven market.  To argue with Mr. Market, via bottom calling, has been a money losing strategy thus far. However, as yesterday showed, even the bears can get slaughtered in a sharp downtrend when they press their bets too hard and do not take profits.

Thus, cash is where you want to be right now.  I cannot overstate the power of holding high levels of cash when we see market conditions such as these.  By no means do I prefer cash over equities over the long run.  However, there are certain times when it is absolutely essential.  Whether you realize it or not, many traders are being wiped out as we speak by this most recent correction.

Eventually, these unhealthy market conditions will change. When it does, I will be eager to get involved again.  Until that time arrives, cash and patience are still where it’s at.

END_OF_DOCUMENT_TOKEN_TO_BE_REPLACED

The Silence of the Bears 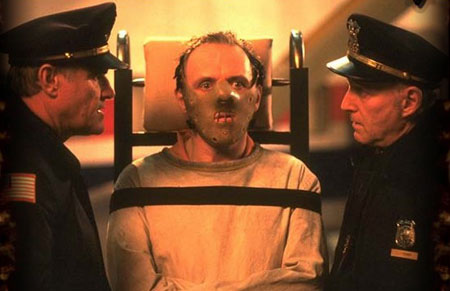 With the prospect of summer trading and a long holiday weekend ahead of us, the bulls delivered a wire to wire victory today as the S&P 500 rose 3.29% to finish at 1103.  While breadth was very impressive, volume decidedly was not.  Moreover, we closed just under the 200 day moving average, as well as other key points of resistance.  With that said, a win is a win, and the bulls did a great job of breaking above the tough 1090-1095 range.  The updated and annotated daily chart of the S&P 500, seen below, should illustrate all of these points. 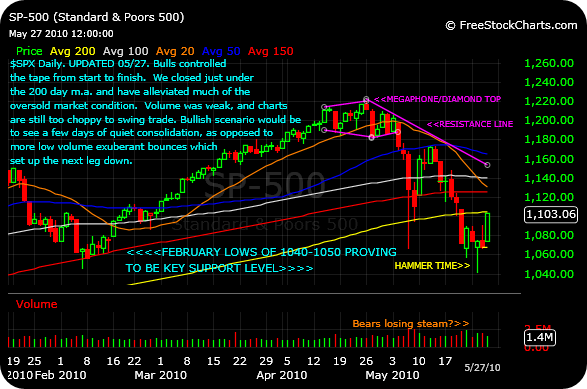 I expect tomorrow to be an even lower volume affair, as many traders have already started their long weekend. After the way the bears have owned this market over the past month, I expect them to stand aside and give the bulls some room to run here. As opposed to the raging bulls, today was most certainly not as fun for someone like me sitting in 100% cash.  However, I accept days like these as being a part of the game.  Unhealthy, bearish markets are actually defined by occasional days consisting of exuberant, low volume spikes. Until I see better looking charts, I remain content to sit and watch.

The most bullish scenario that I continue to see would be several days of tight trading, allowing charts to firm up and form healthy bases.  If we see a continued “V” shaped bounce–especially on low volume–I would view it as an excellent short selling opportunity, as we would be forming a bearish wedge just like we did several weeks ago.

Finally, remember to relax and enjoy the holiday weekend.  We are in a very tricky market right now. We could be in a bear market, within a bull market, within a longer term bear market.  I am sure these past several weeks have been intense for many of you. Keeping a clear head is crucial to your success as a trader. So, if you do not feel inclined to trade tomorrow, then don’t do it.

Just make sure you check in to iBC and download the new and improved iBankCoin APP for your Apple products! 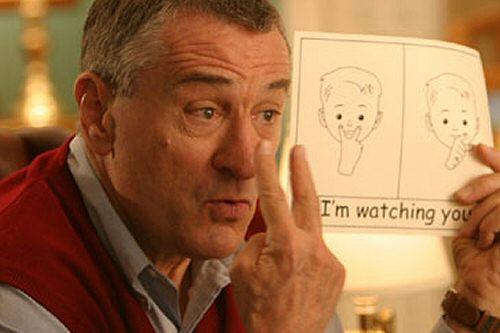 Just as I was taking heat from bearish traders for referring to the candle we printed two days ago as a bullish hammer, allow me to equally irritate bullish traders as well, for good measure.  Despite our exuberant gap up this morning, we are coming to terms with some tough resistance from the past week. The 1090-1095 level on the S&P 500 has been a brick wall since last Thursday’s swoon. Even if we do negotiate that area well, we have some difficult levels above as well.

The current hourly chart of the S&P 500, seen below, clarifies the short term resistance levels, as denoted by the yellow horizontal lines. 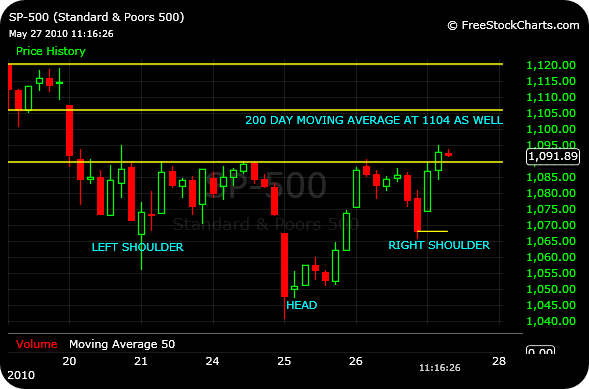 As I indicate on the chart, we may be trying to complete an inverted head and shoulders bottoming formation.  However, I suspect we will need some more time to work through the right shoulder if we are going to make a healthy move up from here.

The overhead supply should prove to be formidable, as many traders have been eager to call a bottom to the correction over the past month.  Many of those who bought the falling knife are now losing money on their trades, and have endured a scary ride down. If they come even close to being made whole today or tomorrow, they are more likely to sell than to hold or buy more, in my estimation.

END_OF_DOCUMENT_TOKEN_TO_BE_REPLACED

Be Cool My Babies 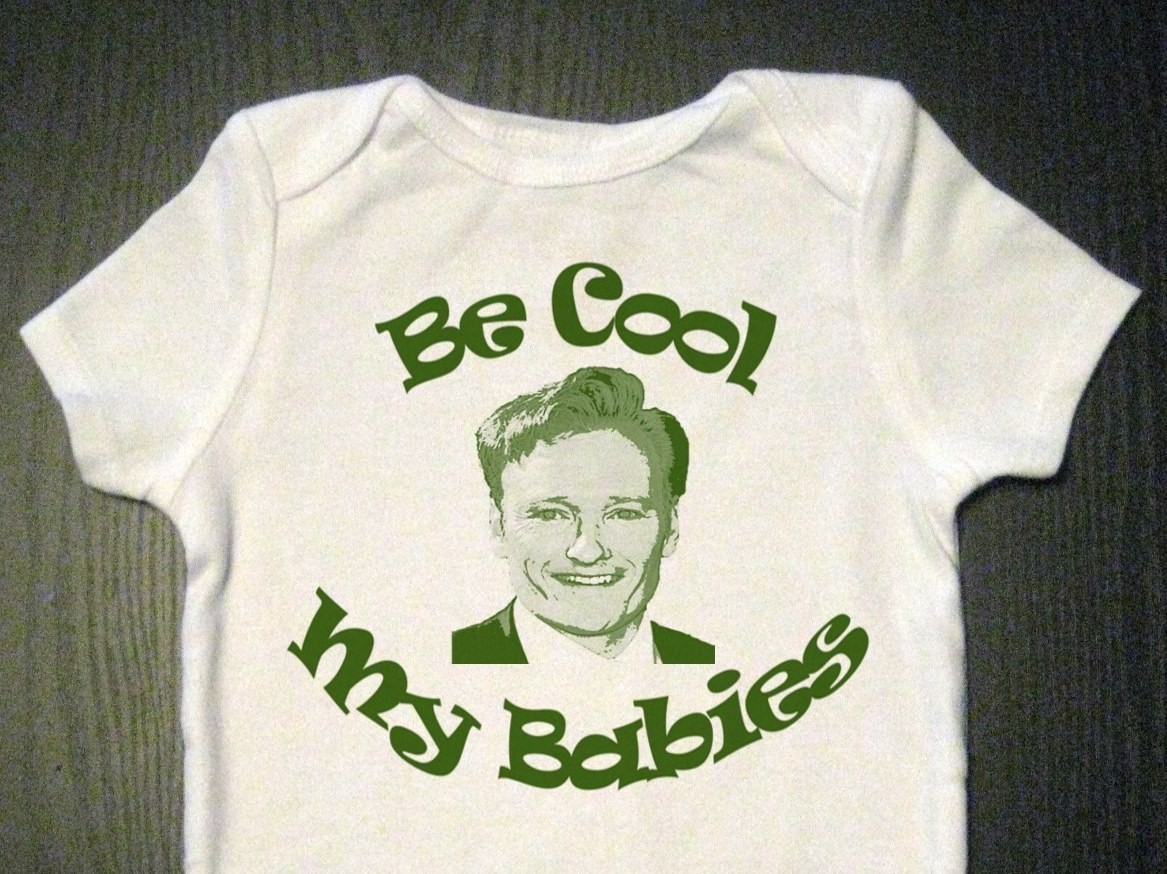 In sharp contrast to yesterday, today we saw a strong gap up at the opening bell that was faded for the duration of the trading session, as the S&P 500 finished down 0.57% to close just under 1068.  Whichever reason you choose to finger as the culprit for the weak close, whether it be the weak Euro, Steve Ballmer’s negative macro comments, or an overall broken market, it is crucial as a trader to keep a level head.  Anecdotally, today I noticed many traders on television and around the internet grow extremely frustrated with the market’s inability to turn on a dime and hold its gains.

However, as I noted last night, even if we do, indeed, confirm yesterday’s bullish hammer, we will likely need a few days of consolidation to heal charts and stabilize the market.  Stabilizing a market that has endured the type of technical damage that we have seen over the past six weeks requires an awful lot of capital and patience by the bulls.  So, why not let others step in and do the hard work for us? If the bulls are unsuccessful in their attempts to heal the market, then they will surely be burned, as we could easily be consolidating before completing another leg lower.

In fact, if you look back at the bullish hammer that marked the bottom of the January/early February correction of this year, you will notice several choppy trading sessions after we printed that reversal candle.  To state it simply, the fight was on between the bulls and bears, and eventually the market resolved to the upside.  The best risk/reward strategy would have been to wait for the resolution, and only then allocate your capital to the long side.  Unlike the fast and furious “elevator down” nature of bear markets, a healthy bull market is going to give you better entry points.

It is also worth noting that just because we had a few choppy–and even down–days in early February, that did not negate the hammer that was printed on February 5th.  Similarly, today’s price action does not negate yesterday’s hammer. The updated and annotated daily chart of the S&P 500, seen below, should illustrate the similarities between early February and now. 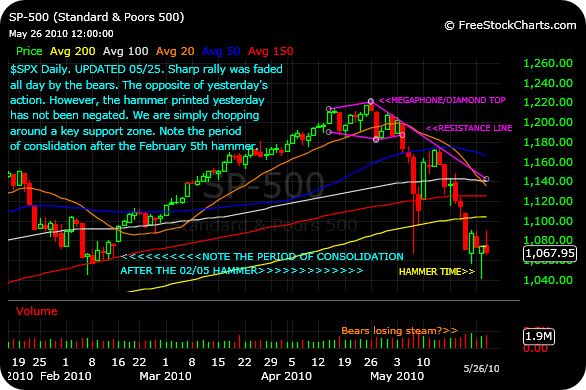 This analysis should reveal why cash continues to be an ideal position for swing traders right now.  We are still relatively oversold, but we can most certainly form a choppy bear flag and break lower over the coming days and weeks. On the other hand, if yesterday’s bullish hammer proves true, we are still going to need to stabilize this market before moving higher. I might miss out on some quick money to the upside, but I am always looking at the potential rewards in the stock market through the prism of risk.

Hey, don’t take my word for it.  Listen to George Harrison. It’s going to take money, patience and time to do it right.

BOTTOM LINE: More patience, grasshoppers. If, indeed, we are going much higher, then a few days of consolidation is to be expected. Of course, we could be consolidating before making another leg down, which is why I am content to sit in cash and let the market sort itself out. I know I am not winning any balls of steel competitions with my 100% cash position, but I could care less. I trade to make money. What do you do, sir?