An Actionable Way to View the Concept of Price Having Memory

Here is a subsection from my latest Weekly Strategy Session, devoted entirely to the concept of overhead supply.

An important concept when considering the mass psychology of the market is the symmetry we typically see at prior major peaks and bottoms. Once price gets close, we often see a chart become magnetically attracted to a major prior top, for example, and then proceed to spend a similar amount of time (as the prior instance) coming to terms with that top before either failing again, or eventually conquering it to move higher yet.

After attaining the prior top, you can expect price to initially have “memory,” meaning all of the buyers at that prior peak, who are just now being made whole after a terrible ride down, are far more likely to be interested sellers than buyers.

So, you see, price can have memory in a few ways:

First, being attracted magnetically to the prior top or bottom, and then coming to terms with it in some way, shape, or form–Be it mild consolidation or violent rejection. But, either way, the major prior peaks and lows are critical junctures which need to be respected more often than not.

Marquee momentum growth stocks in 2013, such as FB NFLX PCLN, have now all made round-trips to prior highs, be it from anywhere from one-to-fourteeen years ago. Nonetheless, I would still expect price to have memory at these major peaks, meaning I expect them to now at least consolidate with momentum abating.

As a visual exercise, note the psychological and magnetic pull each of these prior peaks had on the stocks, on the long-term charts, below. 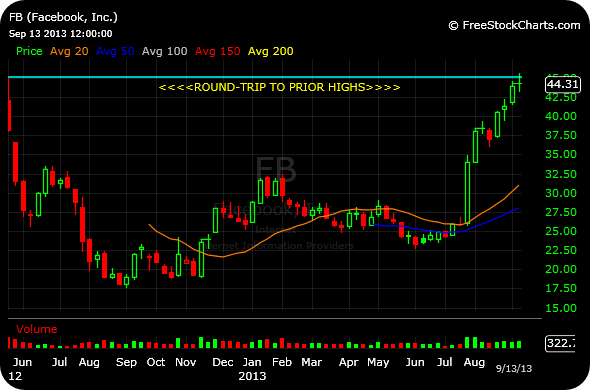 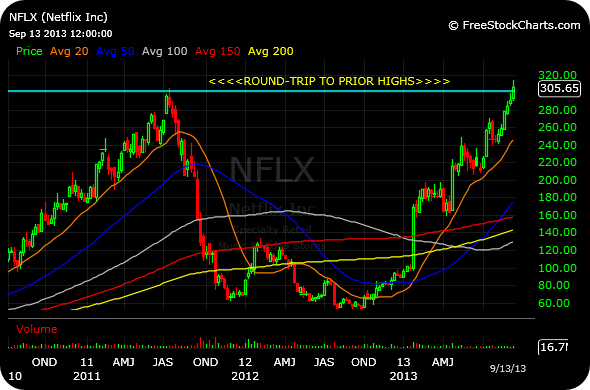 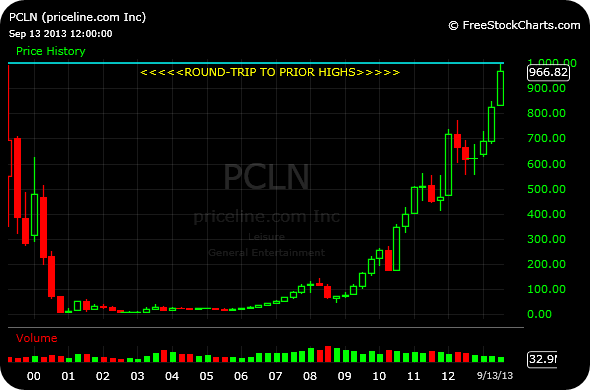 Applying this information about the current state of the market, we can gain actionable information by looking for stocks which have not yet attained their prior highs.

CMG WYNN are two candidates which jump out most. On their weekly charts, note the room to close in on prior major peaks. And I believe they both offer a better risk/reward longs than do FB NFLX PCLN.

In other words, if the market bounce we have seen over the past two weeks continues, I favor CMG WYNN as long ideas based on this key concept. 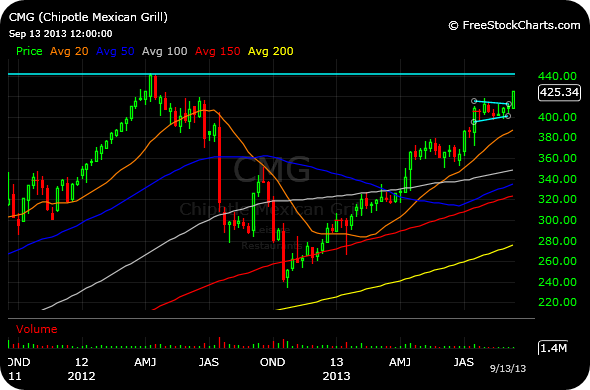 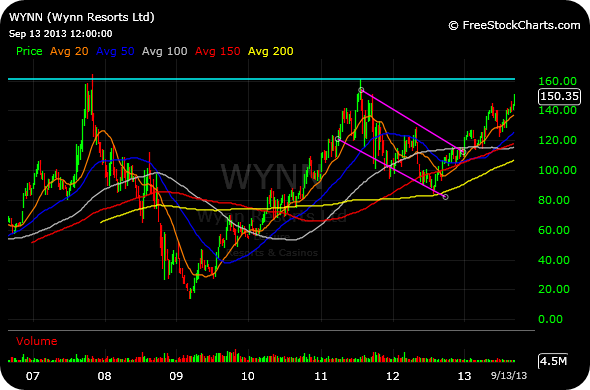 Please click here for details about reading the entire Strategy Session, as well as to receive the next one.