Too Cheerful in the Magic Kingdom 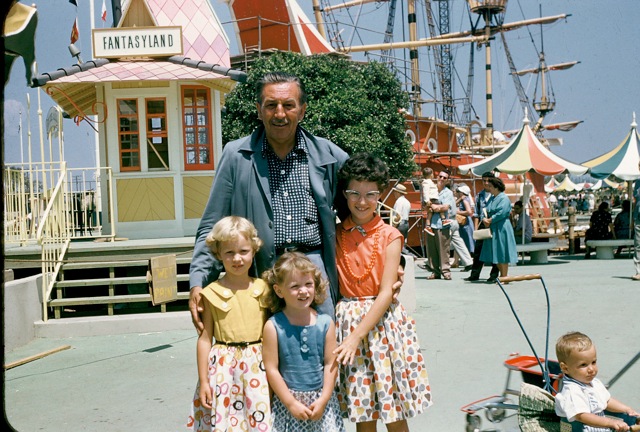 Much like my current thesis for defensives and plenty of the stodgy mega cap firms in the Dow Jones Industrial Average, a stock like Disney has become a crowded trade. Make no mistake that we were expecting Disney to have a strong, sustained breakout dating back over a year in this post, followed up with this post last November. Indeed, observing the updated monthly chart below, the decade-long breakout is apparent.

However, headed into May the notion of putting fresh capital to work on the long side in Disney amounts to risking dollars to perhaps make a few pennies. We are looking at a steep monthly chart angle of ascent that is likely to correct itself sideways or lower. Longer-term (months, years), Disney is clearly in bull mode. But that does not mean the trade cannot become too crowded to be exempt from a sharp unwind and subsequent reset before a sustained leg higher recommences. 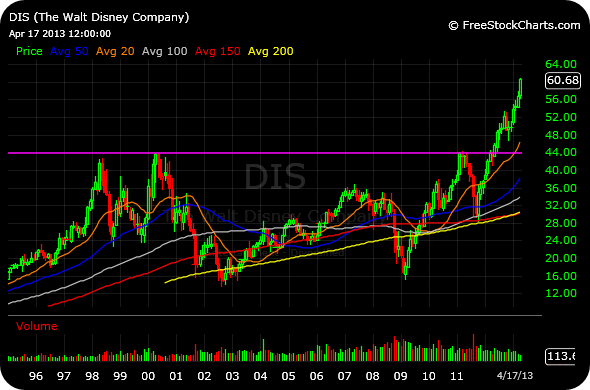