The Truth Lies in Apple’s Reaction to the Goldman Reaction 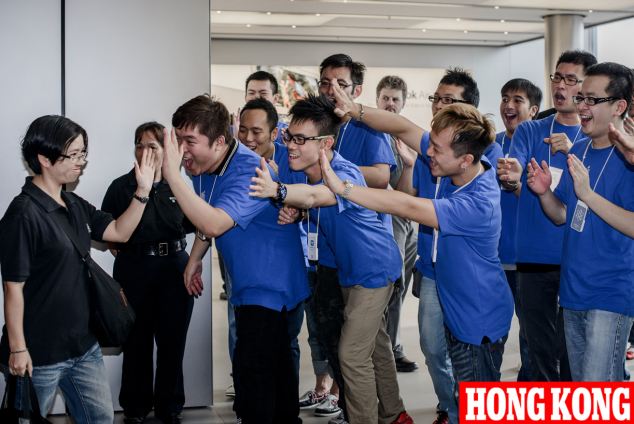 Earlier this morning, an analyst at Goldman Sachs “removed the company from Goldman’s coveted ‘conviction (buy) list’ and lowered his price target to $575 from $660, he still rates the stock a Buy, describing the company’s current valuation as “remarkably depressed,” according to Fortune.

Despite the mixed bag, the act amounted to a downgrade, falling from the Goldman Conviction Buy list.

We know that Apple has been in an established downtrend for six month now, offering very little in the way of a reprieve to trapped bulls along the way. As I pointed out several weeks ago, though, the appropriately Logarithmic Scaled monthly chart had yet to indicate a major break of our primary support trendline dating back to 2003 (purple line on updated monthly chart, below).

Beyond that, Apple is trading in the green this morning, even after the downgrade. After a prior, established correction, followed-up by a basing process, failure to see a stock trade lower on “bad news” can be one of the signs in a bottoming process. The initial pre-market reaction was lower. But the reaction to the reaction is what matters most.

Apple still has plenty of work to do to cement a reversal from the six-month downtrend. But if these gains hold into the close then today is assuredly a valued feather in the bull cap. In other words, the “bad news” likely has been discounted for the foreseeable days and weeks. 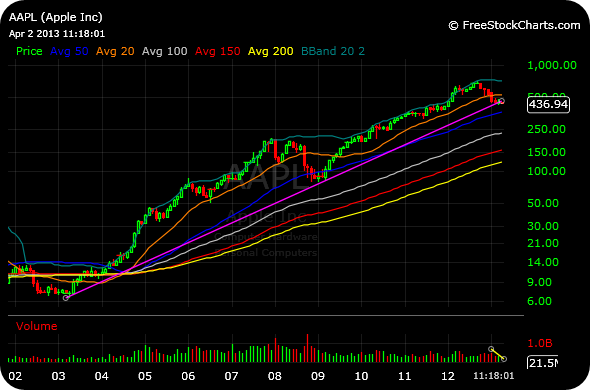