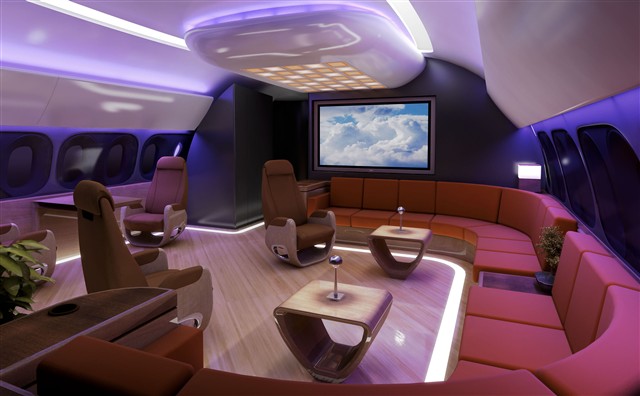 After months on end of teetering on a major breakdown, Boeing bulls are back above the turbulent clouds threatening a major breakout.

The first chart below is of the weekly timeframe, indicating a long diamond consolidation after the initial snapback rally off the 2009 bear market bottom into 2010. In this context, the diamond is not really a topping pattern as it is a tedious sideways grind. The second chart zooms into the daily timeframe, where we can see Boeing attempting to clear the upper righthand side of the diamond for a significant breakout. 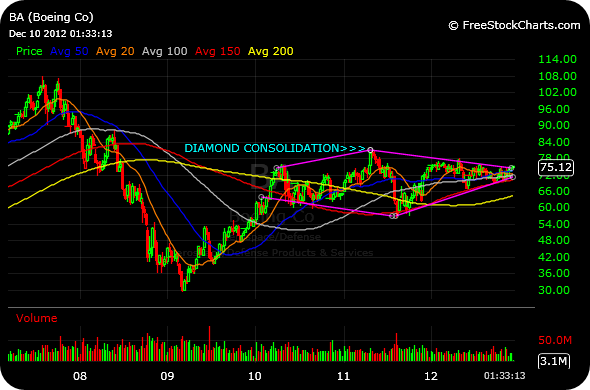 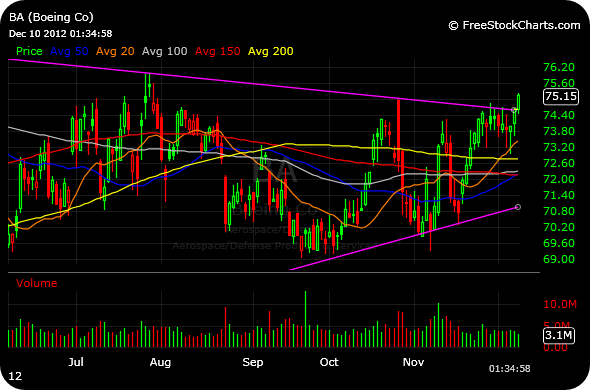