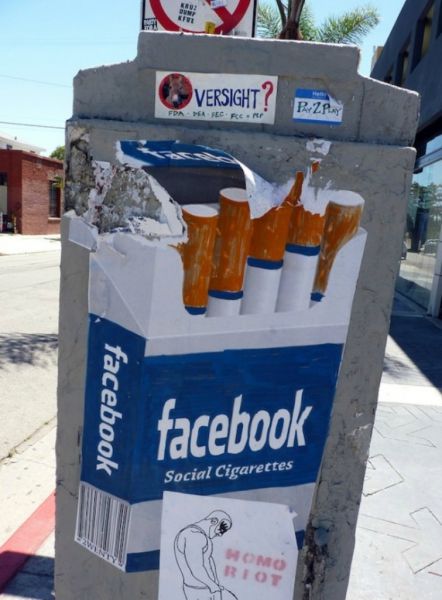 When Facebook IPO’d last May, I published several posts detailing my strategy to generally stay away from IPO’s for at least several months in order to allow the chart to set up and establish some type of discernible technical character.

Well, here we are six months later to the date from the highly-anticipated IPO. By now, sentiment is understandably terrible regarding Facebook and its decidedly anti-dot-com bubble destruction of wealth for any retail investor “lucky enough” to get in on the public offering. Beyond that, many market players trying to patiently leg in to a long-term long position over the past few months have likely had their mettle tested with the stock dropping as low as a $17-handle, at one point.

Moreover, there have been countless articles published now assuring us that Facebook is headed even lower as the stock must absorb the end of its “lockup period.” In other words, the psychology behind the Facebook IPO has morphed from Mark Cuban spotting what he thought was a relatively easy dip-buy after the initial IPO sell-off into major media outlets shocked that Facebook’s stock rose despite the lockup period expiry last week.

Putting sentiment to one side, though, when you revisit the Facebook daily chart six months later you can see a well-defined IPO technical base. At the very least, you can now manage risk more effectively with a better idea of where to place a given protective stop-loss.  As an example, because I would be playing for a breakout from the aforementioned base and subsequent gap-fill into the $25.50/$26 area at least, I would not want to see the $22 level lost if I took Facebook as a swing long trade on Monday.

Beyond that, the main thing I noted six months ago was that we eventually wanted to see buyers of size start to present themselves in a meaningful way, i.e., accumulation. After many a broken heart picking the bottom in the wake of the Facebook IPO, you can now clearly see the volume pattern on the chart below (bottom pane) taking a turn in favor of the bulls. That does not guarantee an imminent bottom by any stretch, and I see better technical setups out there than Facebook.

However, the contrarian bullish case for Facebook is now starting to align in terms of sentiment and technicals, not to mention to the overall discipline of letting the dust settle for six months after the initial IPO noise has abated is coming to fruition. 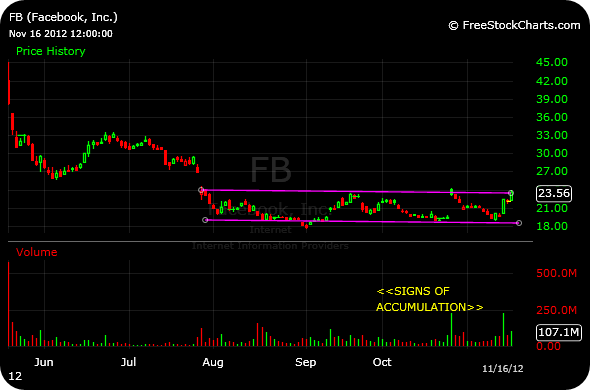