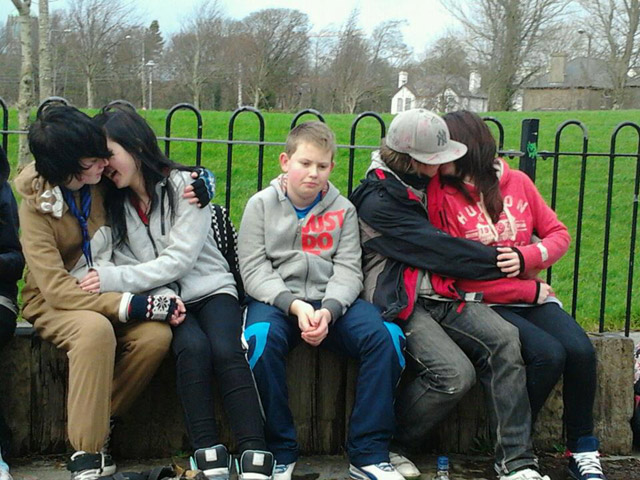 Although they just released another product that has drawn countless jokes, Microsoft had a very strong first quarter of this year. We know the historic run up from the 1980’s through 2000 was unlikely to last. Indeed, the stock has basically been dead money for a decade. Looking at the monthly timeframe, though, you can see that this year saw MSFT break above all monthly moving averages, above a well-defined resistance trendline since 2000. The recent pullback represents of a retracement of that breakout. What bulls want to see is the $27.50/$28 level now hold as firm support.

While Mister Softee is not going to see the jaw-dropping percentage gains it saw in the great secular bull to conclude the twentieth cenuty anytime soon, it sure has put in its dues to work off some of those excesses for well over a decade. Also note the fairly precise monthly triangle drawn from which Microsoft broke out, with the 2008 crash serving as an outlier move below the support trendline. 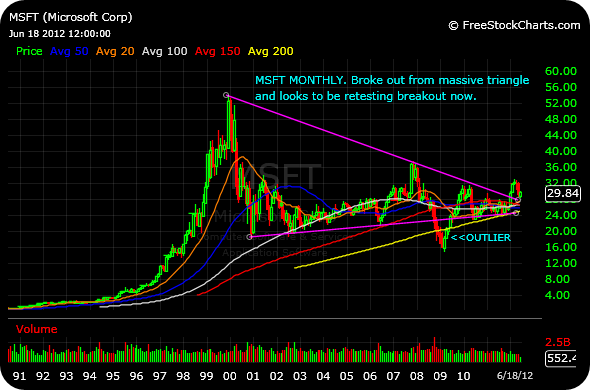