Attention to Detail When Observing 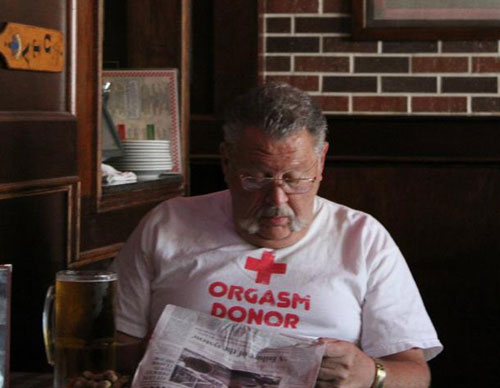 Chipotle Mexican Grill’s shares rose in after-hours trading last Thursday evening, after the company beat Wall Street’s expectations for revenue and profit on its quarterly earnings report. Bulls, understandably, were rejoicing, and there was nary a confident bear in sight.

Awesome for longs with conviction, right? If you were just generally glancing at the situation, then you would most certain have to say those longs were in great shape going forward.

Well, if they had been holding longs profitably for months on end with plenty of cushion, then Friday’s peculiar reaction by the market during normal trading hours was not the end of the world. However, those observers paying attention to detail for the reaction to the initial reaction saw something that was telling for the near term outlook of the stock. Thursday evening’s after-market gains turned into a very high volume selling event on Friday. The extraordinarily steep rising channel that the stock had been climbing through since last Thanksgiving finally gave way. Now, that does not mean that the market is telling us that people will stop eating burritos anytime soon.

What it does mean, though, is that the rubber band had become a bit too stretched, and big-time market players used a solid earnings report as an excuse to sell. So long as the bulls cannot pull the carnitas out of the sombrero and recapture the $430 area with strong buying volume, I like CMG as a short opportunity in a flat or weak market, though I would not be surprised to see some flopping around first.

See Also: Reacting to the Reaction of a Bad Event 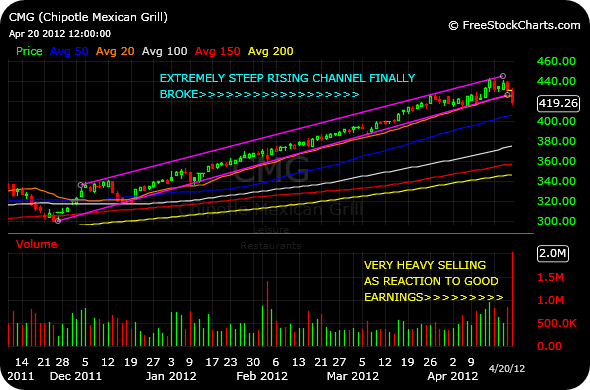