A Look Behind the Lululemon Movement 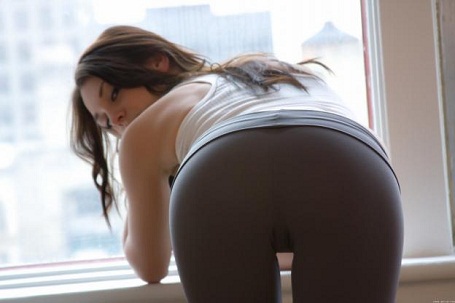 Lululemon is undoubtedly a powerful and growing brand, opening stores at a fast rate and compelling (mostly) women of all ages to buy their clothes which, magically, make them look much more attractive while feeling comfortable. Dating back to the 2009 bear market bottom, the share price of Lululemon has appreciated rapidly and the stock was one of the clear leaders in 2009 and 2010.

Since last summer, though, LULU corrected roughly 30%, raising the issue of whether the stock had topped out indefinitely. When a high beta winner like Lululemon finally cools off after a seemingly endless run, the corrections are usually fierce and violent, punishing latecomer bulls who have little respect for risk as they pile into the next “sure thing.” Since the 30% correction, though, LULU has bounced back nicely and is screaming higher today after a Goldman Sachs upgrade.

The weekly chart below suggest that the recent multi-quarter correction was needed in terms of the long-term health of the chart. After all, the run since 2009 has become so steep that traders who respected risk knew they could not stay very long, given the risk of late-stage base failure. With the correction and consolidation, though, Lululemon may have reset its base count and could be on the march higher. On its face, the consolidation looks orderly and appears to be a bullish falling wedge/pennant. The bears had every chance for a major breakdown below $40 but could not do so. I also noted back last September in this post that I was seeing no heavy distribution in shares of LULU, leading me to believe that this entire process could just be one, long, and much-needed pause within the context of a secular growth story that could easily be resuming today. 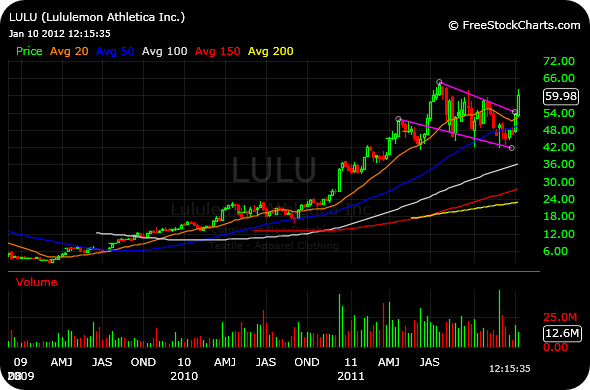