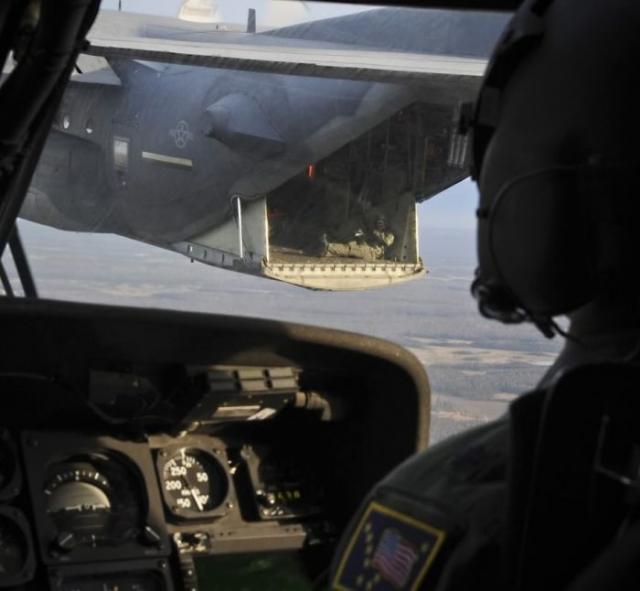 Momentum darling Salesforce.com is down nearly 10% today after disappointing earnings last evening. In recent posts, I have been touching on the topic that many high growth leaders since the 2009 bull market have either showed major signs of slowing down, or have outright rolled over, such as GMCR and NFLX. Most traders glance at the Salesforce action today and figure that if they have no position then they missed the move, either lucky to not be caught long, or not ballsy enough to have shorted it into earnings. What I like to do in a situation like this is look at the broader view of the stock, since my reasoning is that I may gain an edge there, as most traders are preoccupied with the short-term machinations in this issue.

The weekly chart of Salesforce shows that the major uptrend since 2009 has been broken. That alone, however, is insufficient to say that the stock is about to crash–It could easily be resetting its base count before resuming the march higher. Instead, note the 50 period weekly moving average now acting as tough resistance as it flattens out begins to turn down. Since August, Salesforce has been trapped in a vicious trading box, complete with sloppy price action. To my eye, the bulls absolutely must hold $109 as support, otherwise a fast and furious move down to the low-$90’s looks to be in the cards. Should that happen, the bears will have won the “War Box” we would be looking at the other side of the mountain, which always gets uglier than most think is possible.

Salesforce.com may be down heavily today, but looking at the longer-term view can help give you parameters as to where the stock can go beyond the initial earnings shock. 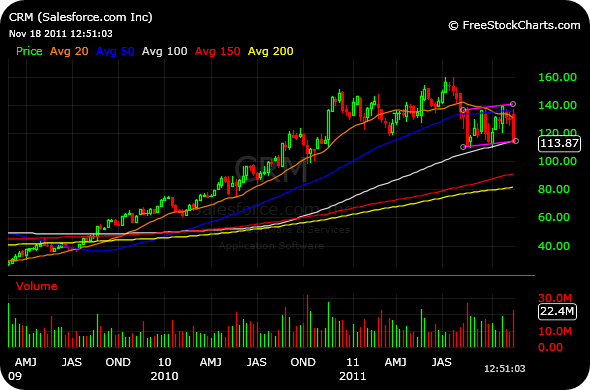