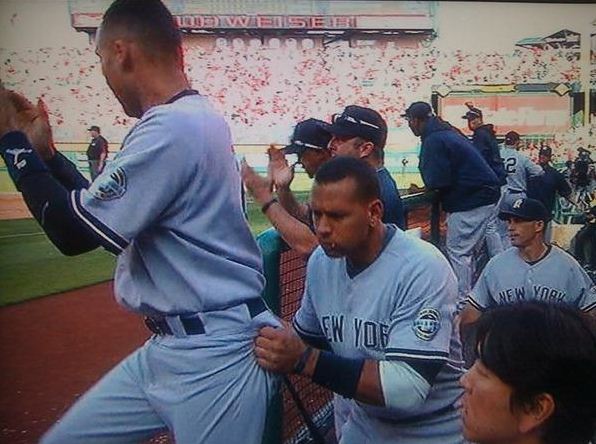 …wait for your pitch and don’t go down swinging out of desperation.

I mentioned Ford in one of my market recaps earlier this week as being emblematic of the current predicament that the market is presenting. On the one hand, we can see below that Ford has shown signs of breaking out of a very steep downtrend over the past several month. Within that downtrend, note the falling wedge that formed. Falling wedges can often signal looming bullish reversals in the late-stages of an establish downtrend. Clearly, the bulls can hang their hats on this nice breakout.

However, the issue now is whether you should deploy capital to Ford on the long side. In other words, most Ford longs are currently underwater in a big way, so of course they are going to be cheering and exhaling a big sigh of relief given the first move back above the 50 day moving average since May (!). Unless you nailed the exact bottoming tick, you are probably not sitting pretty here.

So, traders with capital on the sidelines have the advantage of not being emotionally attached to that nasty ride down. When looking at Ford currently, the issue is whether the market will offer a high probability entry point for swing traders next week. In order for that to happen, we would need to see some digestion of the recent move. Why isn’t Ford a high probability entry right here, right now, given the move higher last week? Because the initial move has likely been made already, or at least the lion’s share of it, and the chart is not tight. If it is legitimate, we should see a brief sideways period before more buyers come in. To my eye, the attractive entry point would be a few days of sideways-to-down action, followed by a buyable secondary break higher. We might get it, or we might not. Either way, that is what it would take for me to become more aggressive here.

Incidentally, I believe the same analysis applies to the broad market as well. 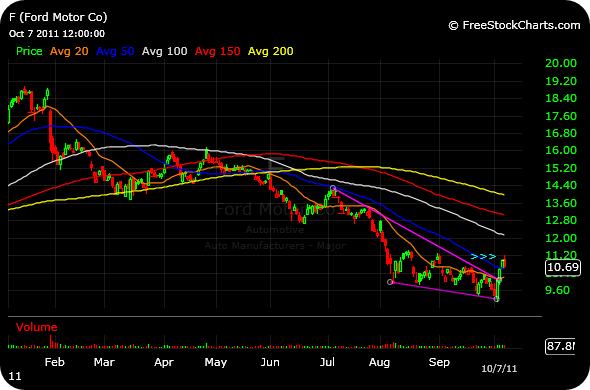