You Call Yourself a Stock Trader, You Sonofabitch? 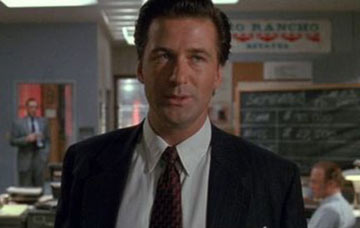 Block out the noise and focus on the price action of stocks, if you fancy yourself to be a stock trader, that is.

Many seem keen on comparing the current debt ceiling debate here in the United States (not to mention the sovereign debt issues in Europe) to the post-TARP failure vote that led to the Dow Jones Industrial Average quickly shedding 777 points back in September of 2008. While politically there may be similarities, if you are a stock trader then there are glaring differences that have likely adversely affected your portfolio in recent weeks. Understand that the post-TARP selling event took place during an established bear market that was dangerously close to its capitulation/panic phase, as we would see a few weeks later in early October of 2008. Moreover, the price action and volatility leading up to the sell-off more than presaged the danger ahead.

To be fair, and to go further back in time, the Crash of 1987 happened during a secular bull market. That said, once again we saw leading up to it several consecutive weeks down on weakening technicals, including an extremely volatile week before the crash. Finally, the Flash Crash in May 2010, which happened during this ongoing cyclical bull market since March of 2009, was preceded by a clear topping pattern (recall my “bearish megaphone/diamond” chart that I posted every single day back then) and breakdown in late-April and in the days leading up to and during the brief crash, which quickly recovered anyway, more so than any other crash in memory.

While anything is possible, and this time may indeed “be different,” the price action in stocks since late-June has been telling you not to fret about macroeconomic issues. Across the board, the technicals of the market have recovered nicely from the early-summer correction. If you have followed my work, then you know there have been plenty of times when I err on the side of caution. After all, it is selective aggression that gets the money over the long run, as opposed to raw, unbridled aggression.

So why the hell have I recently loaded up my portfolio with longs, including triple-levered ETFs? Because it was, and I believe it will continue to be, one of those times in the market where prudence will not pay the bills. In addition to the group of investors playing it safe right now, those who are off enjoying their summer vacations–the “sell in May and go away” crowd–are praying for another dramatic sell-off on the debt ceiling news so that they can stroll in around Labor Day and buy stocks on the cheap. In my view, that is simple-minded and the equivalent of playing checkers. So, while you’re playing, I’ve been playing chess.

In other words, I am looking to be a buyer of any dip, as I suspect that weakness will be quickly bought.