Essence of the Bearish to Bullish Reversal 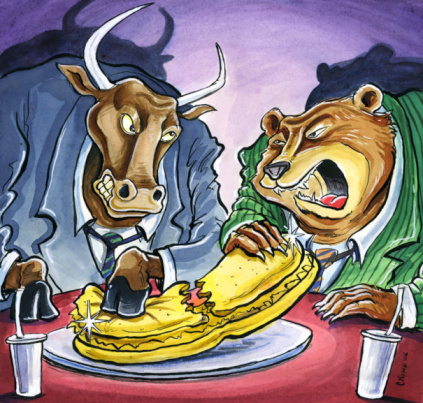 While printing the absolutely bottom on a chart is often a singular event, such as 666 in the S&P 500 on March 6, 2009, the process of forming a bottoming pattern and transitioning into a bull run can be a tedious one. There is bound to be a fair amount of backing and filling, along with false breakouts in either direction. Moreover, the moving averages on daily and even weekly timeframes are bound to crisscross several times, contributing to the frustration of both bears and bulls.

Recall that during the prior downtrend, bears became supremely confident in shorting the stock as it slid down the other side of the mountain, while bottom-picking bulls were slaughtered at every imaginable juncture. Hence, while the sellers have now run out of ammunition, and the buyers are starting to become relevant again, the embedded psychology of alpha bears and beta bulls causes laughable indecision in the price action.

Eventually, we see those moving averages start to line up properly (e.g. 20 day above the 50 day, 50 day above the 200), and price is able to hold above them all without resorting to another round of backing and filling. In essence, the chart seeks to scallop out a bottom over a period of time, even though it may have already clearly printed “THE” bottom.

The chart of Smart Balance, with the daily zoomed out version seen below, illustrates the point of a singular bottom print versus the bottoming process. Note that although the bottom was printed in October of 2010, it has not exactly been a buttery spread party for the bulls since. Instead, we have seen that backing and filling and crisscrossing of the moving averages. It was only recently that SMBL started to consolidate above its daily moving averages as they lined up properly. 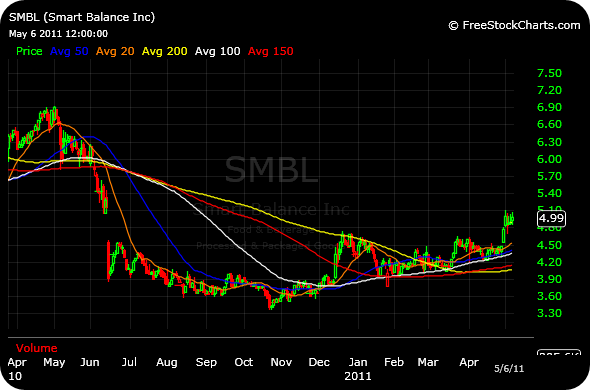