Creative Destruction to the Max 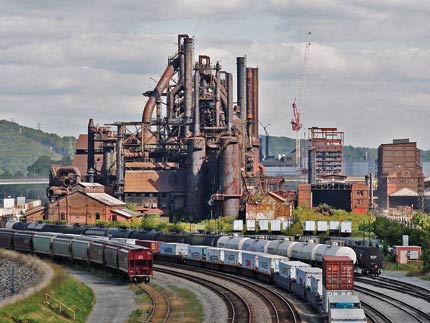 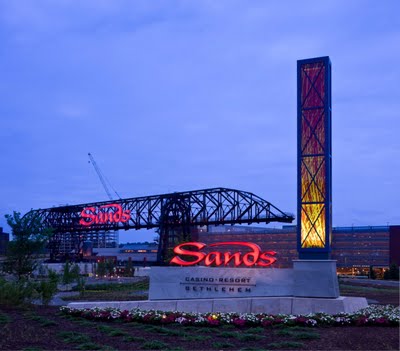 I. Creatively Destroying America’s Past

While checking out the new Sands casino ($LVS) in Bethlehem, Pennsylvania, it occurred to me just how much of a microcosm of America it was. The casino was built on the same ground as the now defunct Bethlehem Steel plant. In fact, some of the old steel workers are now employed by the casino. The heartbreak of seeing the mill of a former steel titan replaced with a casino is lost on very few of the locals. At the same time, after years of the old mill rusting away, the new casino is creating employment and stirring up some local economic activity in the midst of a perpetually horrid job market.

II. A Theme Emerges from the Rubble

I expect the Bethlehem Sands story to become much more commonplace across the United States over the next decade. The further America moves away from Alexander Hamilton’s vision of becoming a self-sufficient industrial powerhouse, the more likely we will see casinos pop up where steel mills used to be, or something akin to that scenario. With more and more manufacturing jobs going overseas, many parts of America–notably the midwest–are faced with a scenario of seeing their own mills rusting away. Depending on your political bias, there are a multitude of reasons as to why these jobs are no longer in the states.

However, for the purposes of this discussion, focusing on ways to profit from this secular trend is the top priority. Much like New York Governor Franklin Delano Roosevelt pledged to repeal Prohibition in his 1932 campaign for President in the midst of the Great Depression, I expect politicians at the federal level to push states to adopt more casino friendly laws during this secular slump. Just as the case was with alcohol, gambling is one of those things that people do not seem to terribly mind if they are taxed and regulated heavily, so long as the activity is not declared illegal.

III. From Steel to Slots

When looking at ways to play this trend, a few ideas come to mind. First off, much of the growth for stocks like $WYNN and $LVS is now based out of Asia. So, as enticing as those stocks are, there are more precise ways to play this particular trend of casinos being built in places outside of Las Vegas and Atlantic City.

Regardless of which company becomes the key player in operating new casinos across various states, the common denominator will be the demand for slot machines. The three main players in the slot machine sector are: $IGT, $WMS and $BYI, with $IGT being best of breed. Slot machines are the bread and butter for steady casino revenue, and appeal to returning customers as they usually offer the best comps. Moreover, many of the current slot machines in existing casinos are becoming old and stale to loyal gamblers.

IV. “Server” Gives You Icing on Your Cake

If the possibility of new casinos popping up across America is not reason enough to buy the slot machine stocks, then consider server-based gaming. Server gaming is a hi-tech system that replaces traditional slot machines (think mechanical-reel cherry machines) with generic slot machines that are connected to a central server, which allows up to 300 games to be downloaded to the machine.

In addition, the casino operator can not only communicate with customers in real time and offer promotions, but is also able to continually adjust the denominations and payouts of the games from a central computer, based on current demand. Many casinos have been procrastinating on their respective server gaming rollouts, but I expect that to change after $MGM‘s new City Centre instituted nearly 2000 server-based slots. I believe other casinos will be forced to follow suit, in short order.

From a swing trader’s perspective, the charts of the slot machine makers are not particularly compelling. Like many of the casinos, they came down hard in 2008, had a sharp rally in 2009, and have corrected thus far in 2010. If you believe that these firms are going to benefit from a secular trend, then these are not swing trades (although you can certainly trade in and out of them once they get going to the upside). Instead, they belong in your long term portfolios, with a time horizon of at least twelve to eighteen months. Moreover, you should be building your position(s) over time, rather than buying all at once. While $IGT is the leader in the group, $WMS and $BTI offer some high growth opportunities as well, albeit as more speculative plays.

Beyond that, another reason to start buying now for the long term is to capitalize on the frustration that many analysts covering the sector are feeling. These gaming analysts were ranting and raving about the growth opportunities of server-based gaming way back in 2006 and 2007. Clearly, the debt and housing busts killed any notion of their calls proving to be prophetic. Predictably, many of those same analysts are now hopelessly pessimistic about the possibility of server-based gaming showing growth anything soon. As usual, you will want to fade the analysts, since they have it “back asswards,” to quote Charlie Munger.

My best idea would be to buy a long term basket of the three main slot machine makers, with an overweight $IGT position. It is often said that history does not repeat, so much at is rhymes. To my eye, gambling in the midst of the Great Recession rhymes an awful lot with drinking (think the repeal of Prohibition) during the Great Depression.

Why not try to profit from it?