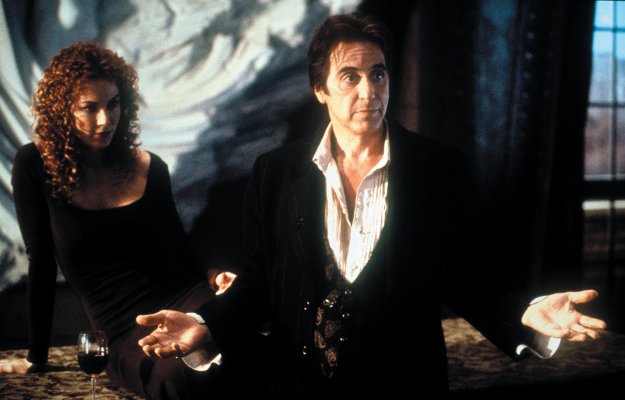 Because I remain in 100% cash, I am constantly reevaluating my strategy for the sake of thoroughness. In my quest to look for reasons to get involved on the long side, however, I have come across several problematic monthly charts that I would like to share with you.  The charts seen below all involve bearish reversal patterns, particularly when viewed through the lens of Japanese candlestick charting.  The two patterns I would like to discuss are the shooting star and bearish engulfing reversals.

The “shooting star” is a type of reversal pattern that is made up of one candlestick with a small “body,”  a relatively long upper shadow and a minimal or absent lower shadow. Basically, the shooting star illustrates that the buyers have exhausted themselves via a blow off top.  The sellers then aggressively move in and push price down to where it was at the beginning of the month (on a monthly chart).  When seen after a steep uptrend, the shooting star should be taken very seriously.  A sharp gap down immediately following the shooting star helps to confirm the reversal’s validity.

The bearish engulfing pattern can been seen over two candlesticks, the first being white (or green, where the bulls won the month on a monthly chart) and the second one being black (or red, where the bears won the month with price finishing lower). The main idea is that the red candle is bigger than the green one, and thus “engulfs” it.  When seen after an uptrend, this pattern signifies that the bears were able to convincingly seize control of the price action away from the bulls.  The bigger the red candle is, the stronger the reversal.  As with the shooting star, the buyers had made a higher high in the beginning of the red candle, only to see sellers present themselves in a meaningful way and, unlike the shooting star, actually push price all the way below the low point of the green candle.  Also, as with the shooting star. follow through to the downside is key.

I have denoted the patterns in the following monthly charts, which include: $SPY, $COMPQX, $XLE. $XLI., $CREE, $VECO, $GMCR.

Note that there are still several arguments the bulls can point to as reasons to be optimistic, such as the fact that the hammer on the $SPX daily chart from last week is still valid.  Also, the small caps and transportation stocks have shown relative strength, and they are widely seen as leading/confirming indicators.  Moreover, after an historically weak month of May in terms of broad market performance, it is tough for me to become aggressively short right here, right now.

Thus, despite the troubling monthly charts seen below, I prefer cash at the moment. 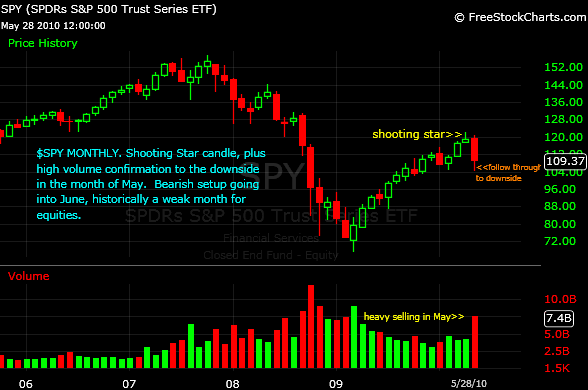 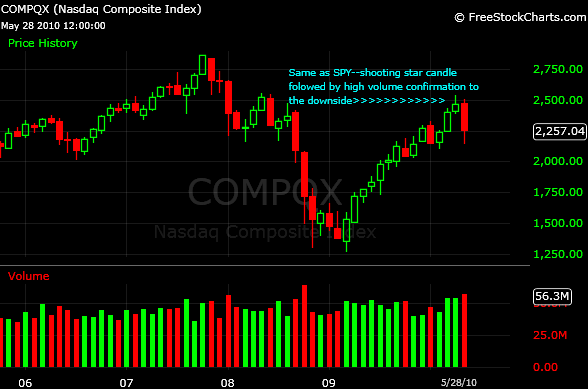 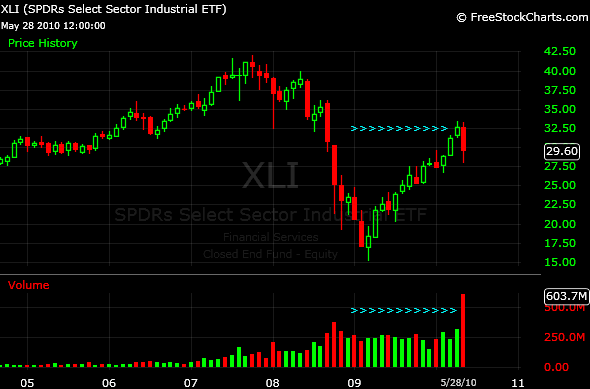 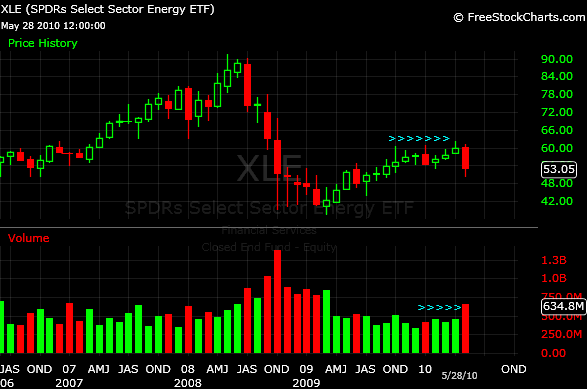 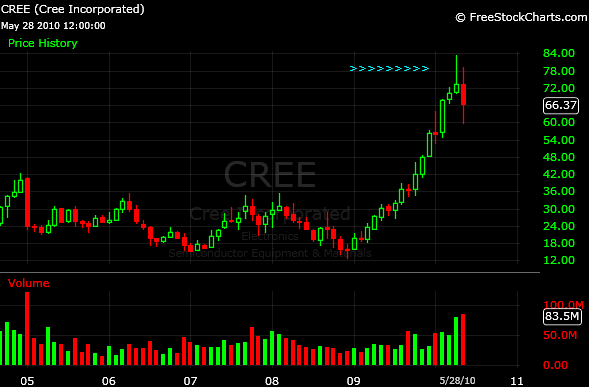 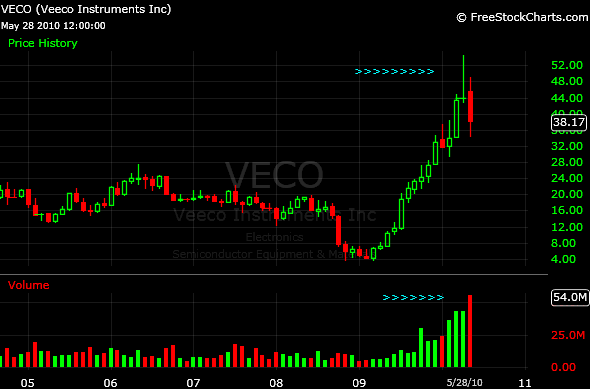 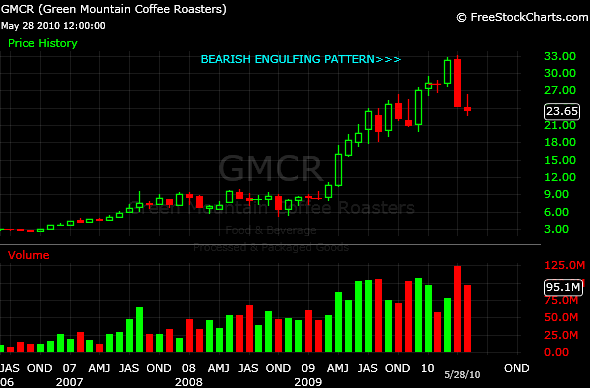