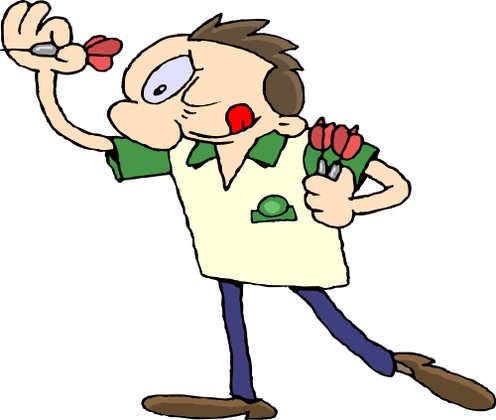 Despite the title of this post, I am not going to flood you with dozens of charts. Based on the work that I have done this weekend, two charts in particular have been on my mind.  So, I am going to narrow the focus of my analysis, perhaps more so than usual, to emphasize how important I think those two charts are going forward.

After dominating the price action and volume all of last week, the bears were on the verge of delivering a knock out blow to the bulls on Friday morning, with a sharp gap down at the opening bell.  Not only was the market on the cusp of making the dreaded lower low–below the 1043 level on the S&P 500 from February–but one could also not cavalierly dismiss a 1987 crash scenario, due to the ferocious selling combined with the laughable attempts by bulls to provide a bid to stocks. Right on cue, however, the market caught a bid within the first twenty minutes of trading, and proceeded to finish higher with strong volume on an options expiration Friday.

With the $SPX closing the week at 1087, below the 200 day moving average for the second trading session in a row, the bulls now have the burden of proof upon them.  The bears have overhead supply, seasonality, high volatility, fear inducing news headlines, and selling volume all working in their favor.  Moreover, many charts of both the broad indices and individual issues remain broken and need more time to reset before they become actionable for even one or two week swing trades.   The bulls, on the other hand, have oversold conditions and a possible reversal day on Friday in their favor, as well as a few divergences that I will discuss in a moment.

The updated and annotated daily chart of the S&P 500, seen below, should help to illustrate these points. 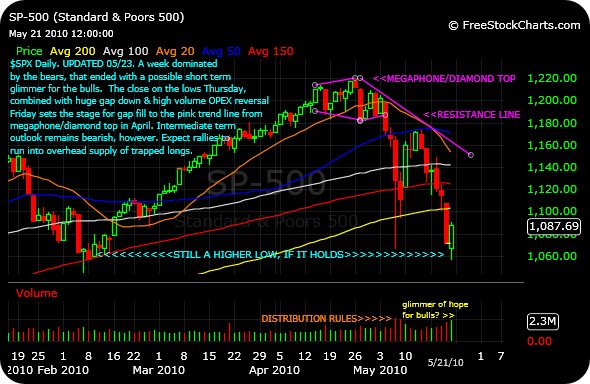 The charts of the Nasdaq and Dow Jones Industrial Average present almost identical patterns.  However, in looking over other charts this weekend, two caught my eye in particular.

In addition to the broad indices, many sectors and stocks have been breaking down below the 200 day moving average on heavy volume, causing an abundance of traders to conclude that the bull run is over and we are now in a new, cyclical bear market.  History would seem to indicate that both the small caps and transportation sector would be leading us down, given their reputations as leading indicators for market performance and the economy.

However, their respective charts both indicate relative strength. In my view, these are bullish divergences that command your attention, as neither the small caps nor the trannies have closed below the 200 day moving average yet, and only one of them has briefly pierced that reference point. The charts, seen below, should help to illustrate these points. 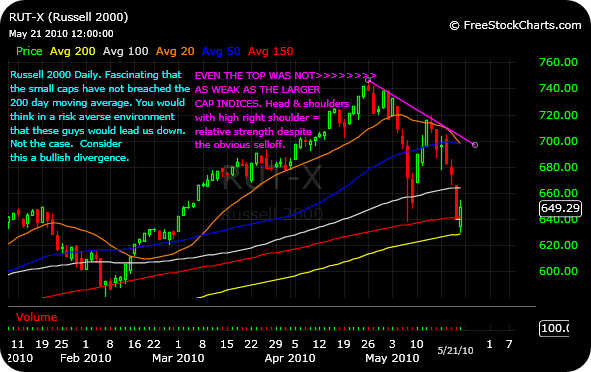 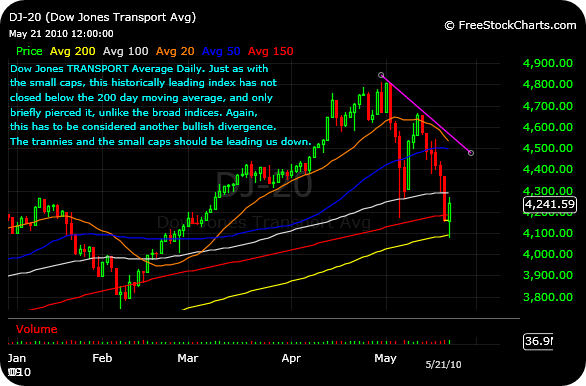 While the above charts are far from conclusive evidence to turn me into a bull, they are enough to give me pause in terms of aggressively initiating bearish bets at this point. I will be keeping a watchful eye on them this week, and I believe they should be your “tells” as to whether we form some kind of a bottom here, or instead are preparing for another leg down.  Indeed, if the small caps and trannies are holding up well relative to the rest of the market, then perhaps the selling has been overdone in the short term. Above all else, when I see divergences like these, it screams to me to keep an open mind and a heavy cash position. The bears have very clearly seized control of this market, so caution is still warranted until the charts give us more information. However, I think it is worth paying close attention to the two charts above.

As you know, I went long a few “swing scalps” on Friday, not because I am in love with the charts of those stocks, but merely to capitalize on what I believe to be a bounce from oversold conditions. I plan to sell those positions in the first few days of this upcoming week–at the latest–which is why I am not going to chart those individual names.  They are not true swing trades, as I would define them.

Finally, do not forget about gold.  It has been pulling back on declining volume to the primary break out level, and needs to be monitored closely for an excellent entry point. 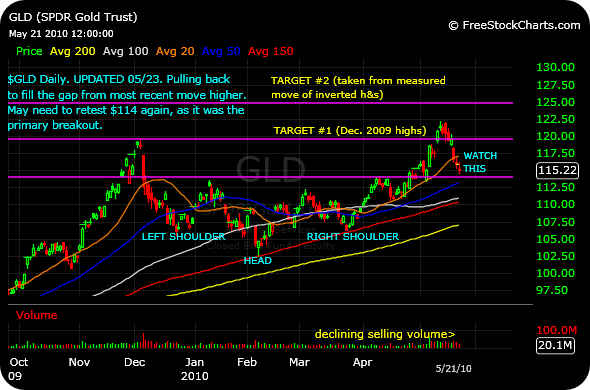