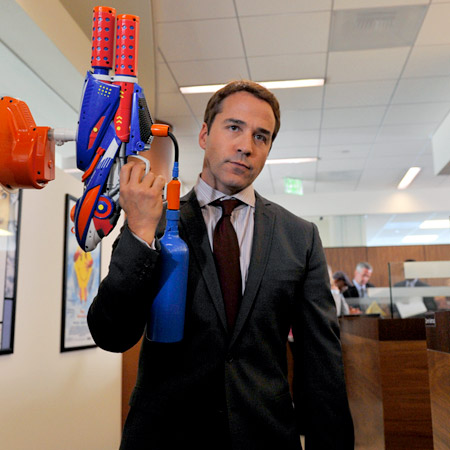 Two setups that I am stalking are in the gold and guns space. Both plays have the added bonus of being considered, at various points in time, functions of BOTH strong risk appetite as well as risk aversion.

I have previously traded $SWHC on the long side, and may get involved with that stock again. I sold out of it a few days ago, as I was more or less playing it as a wildly oversold name during the previous months.  Now, though, the stock is threatening to break above the 200 day moving average.  If it can break above–and more importantly hold–that level, I will look to buy back in. 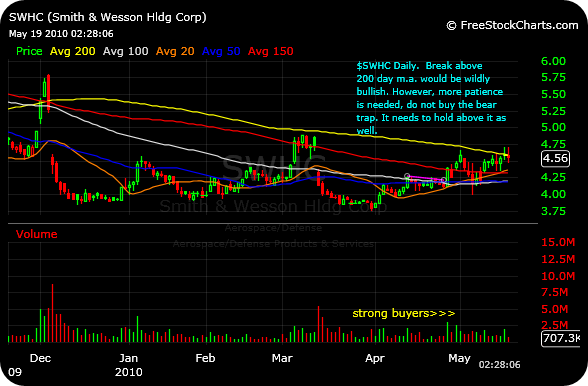 In the interim, $RGR has caught my eye.  Note that it could easily become a short if it breaks down below its flag. However, it should be a bullish setup. 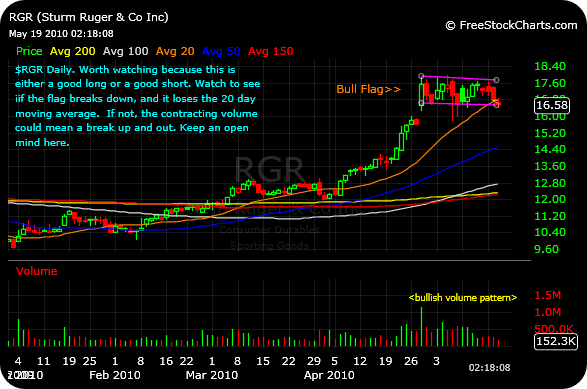 $GLD is pulling back today, as it looks to be a healthy gap fill and shakeout.  “The color” may need to retest $114, though, so taking a full position at this moment is not advisable.  However, it remains at the top of my buy list. 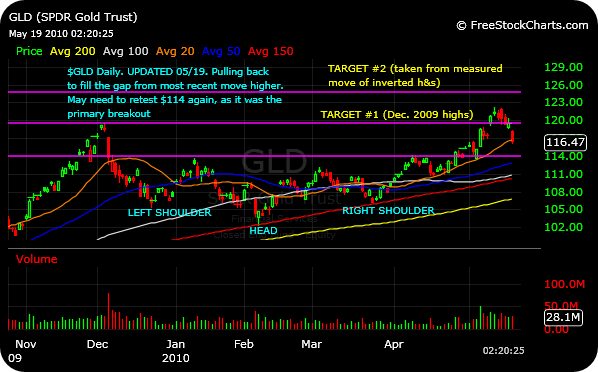 Due to the continued state of WTF??!!! in the market, the above ideas are still just brainstorming at this point.  When an accomplished and respected technician like Brian Shannon says that he has no feel for this market, you should continue to adhere to the house rules at “Gentlemen’s Clubs” in New Jersey—look, but don’t touch (uhh, or so I’ve been told by my friends, that is).